Sierra Leone is located in West Africa and borders Guinea and Liberia and has a coastline towards the Atlantic Ocean. As early as the 15th century, Portuguese sailors began to visit the area. The country was named after the mountains on the river Rokel, which the Portuguese called Serra Lyoa, the mountain of lions. 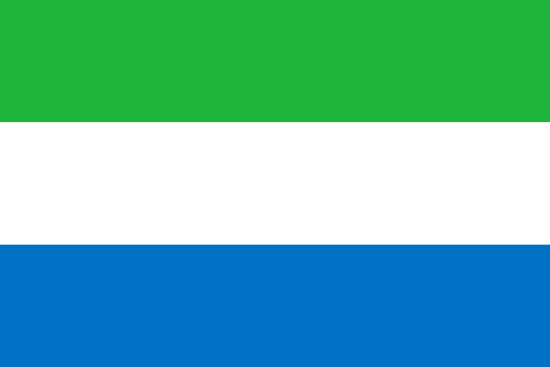 During the 18th century, the slave trade became the most important industry for the colonizers. When Britain began to take action against the slave trade in the late 18th century, Sierra Leone’s Freetown was founded as a sanctuary for freed slaves. In 1808 the coastal country became a British protectorate and in 1896 the interior was also incorporated into the British colony.

Sierra Leone became independent from Britain in 1961. Since 1991, a civil war between the government and the Revolutionary United Front (RUF) has resulted in tens of thousands of deaths. More than two million people (over a third of the population) have fled, often to neighboring countries. This long conflict may now be close to a solution. The UN has peacekeeping forces in place, the World Bank has contributed money and both RUF and other groups have been demobilized and disarmed. General elections were held in 2002 and the government is slowly regaining its authority.

Sierra Leone is a very poor country, with huge income disparities between rich and poor. About two thirds of the workforce is employed in agriculture. There are good natural resources, but these are not fully utilized, due to the fact that the previous civil war prevented economic and social development. There are plans to start mining again. A large part of the country’s income comes from the diamond and bauxite mines. 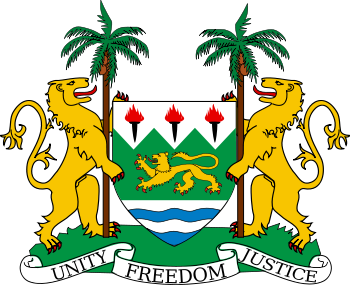 According to Countryaah, Freetown is the capital of Sierra Leone, and the country’s largest city. The city has 786,900 residents, and in the metropolitan area 950,924 residents (2004).

The city is located on the Freetown Peninsula on the Atlantic coast. Freetown’s economy is strongly linked to its port, which handles Sierra Leone’s main exports. Major industries are fish handling, rice grinding, oil refining, diamond grinding and cigarette manufacturing.

The area was first inhabited in 1787 by liberated slaves, who were sent from England with the help of British slave opponents. In 1792, the city of Freetown was founded by former slaves from Nova Scotia, and survived a looting by the French in 1794. The residents revolted in 1800, but the British regained control of the city, and began to expand in the area, leading to the founding of Sierra Leone. Between 1808 and 1874, the city served as the capital of British West Africa.

The city expanded rapidly as many freed slaves settled there, along with African soldiers who fought for Britain in the Napoleonic Wars. During World War II, Britain maintained a naval base in Freetown. Descendants of the liberated slaves, so-called Creoles, play a major role in the city, even though they are a minority.

Freetown University is the country’s only university.