The written literature in Burkina Faso is of relatively new date. The country had some writers in the interwar period, but it was only after independence in 1960 that it gained a literary tradition in the modern sense. This is partly due to Burkina Faso being one of the least developed countries in Africa, and probably also that the regime has been very authoritarian for periods. Therefore, relatively little fiction has been published in Burkina Faso, compared to the country’s population. 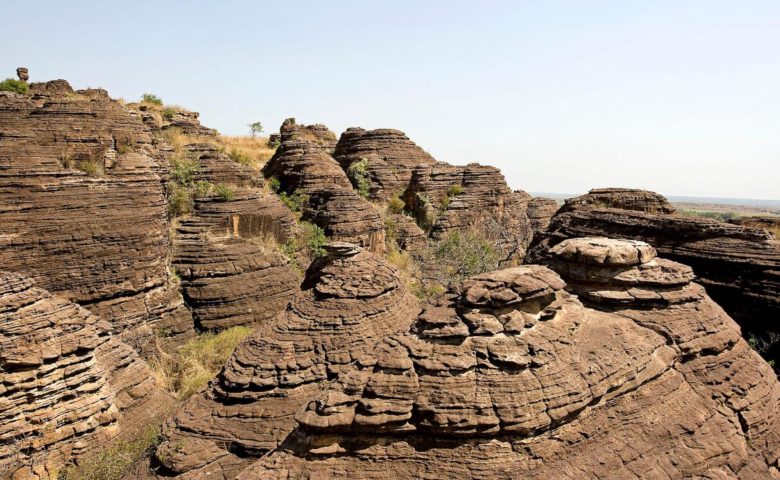 Like most African countries, Burkina Faso has a rich oral literary tradition that goes far back in time. The Mossi kingdoms, which existed from the 12th to the 19th centuries, also contributed to the area having a culture of relatively high stability.

The first author in the modern sense is considered Dim-Dolobsom Ouedraogo (1897-1940), who in 1934 published his collection Maximes, pensées a devinettes mossi (“Maxims, thoughts and puzzles from the Mossi area”). The title shows that Ouedraogo drew inspiration both from the country’s own oral tradition and from the French moralists of the 17th century (for example Fran ςois de la Rochefoucauld and Blaise Pascal ) when he wanted to give Burkina Faso a written literature

The first novelist from Burkina Faso is Nazi Boni (1909-69) with Le Crépuscule des temps anciens (1962, “The Demise of the Ancient Times”). Among other things, this book talks about the customs of the Bwamu people and has sometimes been called “an ethnographic novel”. The historian and politician Joseph Ki-Zerbo (1922–2006) was inspired by Senegalese writer Cheikh Anta Diop ‘s theories of the evolution of African culture. But he was more critical of historical traditions than Diop had been, and more keen to distinguish between scientific research and myths.

From social criticism to children’s literature

In the next generation of writers from Burkina Faso, there are several characters who have gained impetus from the négritude movement, but who also criticize it on important points. Instead of just highlighting the typical African elements of the country’s culture, they will also show what problems modern African societies face after independence. A typical representative of this attitude is Roger Nikiéma (born 1935) who published the novel Dessein contraire, “Conflicting Plan” in 1967). The same generation also belongs to Augustin Sondé Coulibaly (1933-2017). He gained recognition with the novel Les dieux délinquants(1974, “The Criminal Gods”). Otherwise, he wrote a collection of poems for children in collaboration with Nikiéma. Coulibaly was a versatile figure who was also keen to take care of the oral literature in Burkina Faso.

Another central figure in Burkina Faso’s cultural life is Frédéric Titinga Pacéré (born 1943). He has published several collections of poems, and his essays address a wide range of issues relating to the sub-Saharan countries. The topics he addresses range from deforestation to the situation of disabled people in today’s Africa. His basic view is that although the countries of Africa have achieved their political freedom, the ways of thinking, both among the leaders and among most people, are characterized by the legacy of the colonial era. Kollin Noaga (born in 1944) has published both novels and plays. His best-known novel is Le Retour au pays (1972, “The Return to the Land”), which deals with the movement between the countries of West Africa.

Over time, many Burkina Faso writers have become increasingly preoccupied with formal questions, and in particular, issues related to the writing process itself. Pierre-Claver Ilboudo (born 1948) has written a dissertation on the relationship between African literature and the ” Le nouveau novel “. Among his own novels are Adama ou la force des choses (2000 “Adama or the inevitability of things”) and Madame la ministers et moi (2006, “Madam Minister of State and I”). Ilboudo is also critical of the governance of Burkina Faso and concerned about how necessary changes in a society can be sabotaged by those in power.

Settlement of corruption and abuse of power

A particularly well-known critic of the political situation in the country was the journalist and writer Norbert Zongo (1949–98). He was killed as he tried to shed light on a corruption scandal that could be linked to the environment near the country’s then president. The killing was initially concealed, but interest in Zongo’s fate has subsequently been growing, both in Burkina Faso and outside the country. Zongo’s most famous literary work was Le parachutage (1995, “The Parachute Release”), a key novel about political corruption in modern Africa.

A well-known author who did not equally oppose the rulers was Jacques Prosper Bazié (1955–2014). He had an extensive and varied production, and his books show a strong interest in formal problems. Another feature of his authorship is that although he wrote in French, the books also feature some of the approximately sixty original languages ​​found in the region. Bazié wrote novels such as La Saga des Immortels (1987, ” The Saga of the Immortals”), as well as short stories, lyrics and plays.

In the 1980s, several female writers from Burkina Faso made their breakthrough. One of the most significant is Bernadette Sanou Dao (born in 1952). She is best known for her lyrics, and already her first collection of poems Parturition (1986, “Descent”) was awarded Burkina Faso’s most famous literary award. Sanou Dao has a feminist attitude and a pessimistic view of developments in her region. This is noticed in short stories such as La Femme du Diable (2003, “The Devil’s Wife”). The title plays on a term commonly used in her country about women who cannot have children.

Sanou Dao has had a number of important administrative duties in Burkina Faso. She has particularly worked on developing the school system in the country and also led the country’s tourism council for a number of years. As a pensioner, she has been involved in the Norwegian aid organization Strømmestiftelsen’s work in French West Africa. She is now permanent secretary of the foundation’s department in Burkina Faso, Mali and Niger.

Other female writers include Marie-Simone Séri (born 1954) who in Mon enfant, mon cri, ma vie (1997) has described how hard life can be for women in Burkina Faso. The same generation belongs to Monique Ilboudo (born in 1959). She is a lawyer and has written books on human rights and especially on women’s rights in Africa. Ilboudo is also known for Le Mal de peau (1992, “The Pain in the Skin”) which is considered the first novel written by a female writer from her country. She is also a diplomat and has been Burkina Faso’s ambassador to the Nordic countries and the Baltic countries. As an ambassador, she has been stationed in Copenhagen.

Angèle Bassolé-Ouédraogo (born in 1967) lives in Canada, but has earned her doctorate in African women’s literature. She has also published a number of poetry collections where her African background is central. Particularly recognized is the debut collection Burkina Blue ‘s (2000). Sophie Heidi Kam (born 1968) has published books in a number of genres, but is especially known as a playwright. Among her most famous pieces is a play about a woman who discovers that her boyfriend also has a male lover. This is one of the few African books that addresses homosexual issues. Gaël Koné (born 1976) writes poems in a strict, bound form. As you can see, several interesting female writers have emerged in Burkina Faso, but many of them have had difficulty getting their work published in their own country.