Turkey’s transport is largely determined by its mountainous terrain, the long coastline towards two seas and the location between two continents. Rail links exist with Bulgaria, Syria and Iran. The railway network covers 12,700 km (2018), but is partly run-down and outdated. The road network in 2010 amounted to 352,000 km. 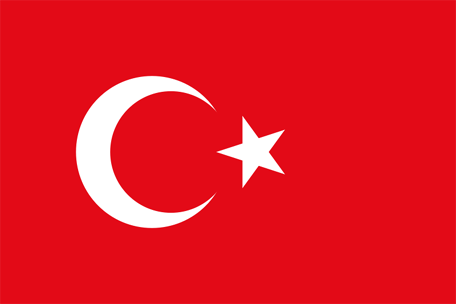 Coastal shipping is important. Istanbul, Izmir, Mersin, Samsun and Trabzon are the most important ports. Larger international airports are found at, among others, Istanbul, Ankara and Izmir. Domestic flights are relatively well developed.

Road and rail networks are relatively well developed, especially in the densely populated area of western Syria. Of the 2,050 km of the railway, 1,800 are normal tracks. About 90% of freight transport takes place by truck. 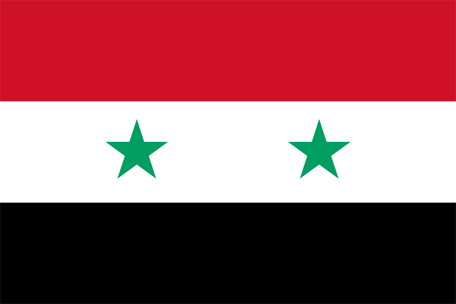 The largest ports are Latakia, Baniyas and Tartous. International airport is located in Damascus, Aleppo and Latakia.

There is a railway between Riyadh and ad-Dammam on the Persian Gulf. The road network has been greatly expanded and in 2010 covered 221,500 km. The main roads go from Yanbu and Jeddah on the Red Sea over Riyadh to ad-Dammam. 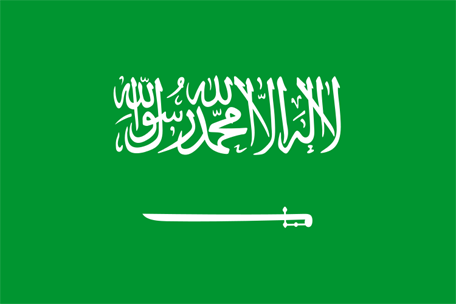 Due to the great distances, flight plays an important role. Saudi Arabia has more than 20 airports, of which three, Jeddah, Dammam and Riyadh, are international. Important ports are Jeddah, Yanbu and Jizan on the Red Sea as well as ad-Dammam, al-Jubayl and the Ras Tannura oil terminal on the Persian Gulf.

With the highest GDP per captal in the world based on Countryaah, as a country in western Asia, Qatar lacks rail, but the road network is well developed. In 2010, it covered 9,800 km of paved road. Car density is one of the highest in the world.

Important ports are Doha and Umm Said on the east coast as well as the oil terminal on the island of Halul. Doha International Airport is important for European-Asian air travel. State-owned airline Qatar Airways has grown rapidly, flying in 2013 to over 125 destinations worldwide.

Oman lacks a railway, and before the takeover of Sultan Qabus ibn Said in 1970, there were almost no roads. Major efforts have subsequently been made to improve communications both within the country and with the outside world. A deep harbor is located in Matrah, and several port developments are in progress. Air connections have been established with remote regions. International airports are located in as-Sib 80 km west of Muscat and in Salala. 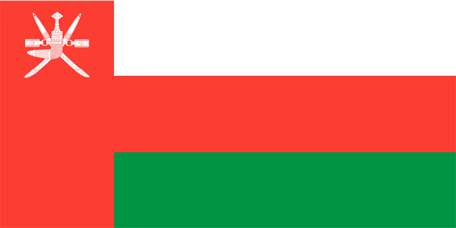 Infrastructure and communications were seriously damaged during the civil war. Beirut International Airport (Khalda), which was one of the busiest in the Middle East before 1975, has been partially destroyed and occasionally closed. Lebanon has a well-developed road network, but the rail network is largely destroyed and traffic modest. The occasional breakdown and insufficiency of official telecommunications has led many businessmen to choose to rely on private telecommunications satellite systems. 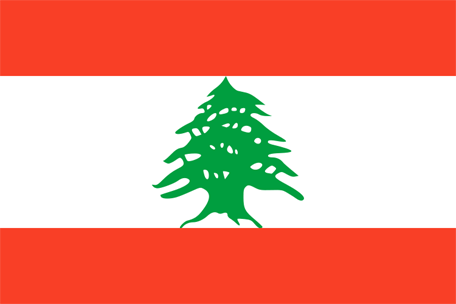 After the end of the civil war, the Lebanese government prioritized the construction of a modern infrastructure, and Beirut is once again considered to be an international trade and financial center.

Kuwait has no railroad but a well-developed road network covering 5,700 km (2010), of which about 300 km highway. Kuwait has a state-run airline, Kuwait Airlines, and Kuwait City has an international airport that is an important link between Europe and Southeast Asia. 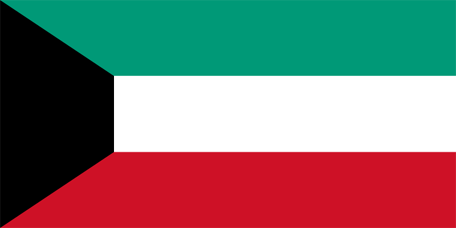 Since 1970, the merchant fleet has expanded considerably. Important ports are Ash-Shuwaykh and Ash-Shuayba as well as the oil ports Mina al-Ahmadi and Mina Abd Allah.

Jordan’s road network, which in 2010 covered 7,900 km, is the most important transport link and connects all major cities. Most of the road network is paved. The important transit route of Aqaba-Baghdad is constantly being expanded. Major investments are also being made to increase capacity in the country’s only port, Aqaba. The rail network is poorly developed. The old Hijaz railway, built for pilgrimage from Syria through Jordan to Medina and Mecca, is the age-old and of little significance. The Maan – Aqaba railway is important for phosphate exports. Jordan’s largest airline is Royal Jordanian, and there are international airports in Amman and Aqaba. 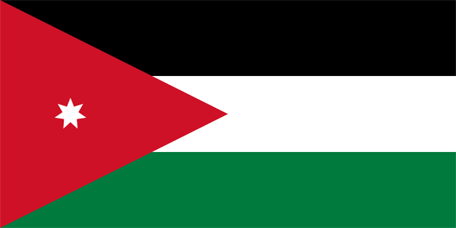 Prior to the 1962 revolution, Yemen was relatively isolated from the outside world. Since then, the construction of roads connecting the larger cities has been a high priority. However, road maintenance is neglected, as both equipment and trained labor are often missing. The main ports are Aden and al-Hudayda. International airports are located in Aden, Sana, al-Hudayda, Riyan (40 km northeast of al-Mukalla), Saywun and Taizz. 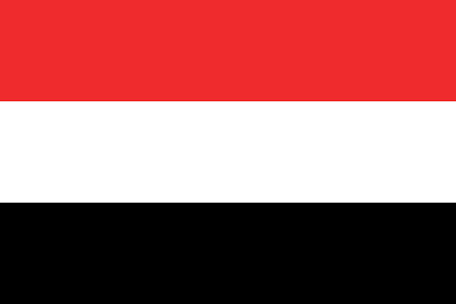 Until the peace treaty with Egypt in 1979, Israel had no land relations with the outside world, which is why the merchant navy and state airline El Al were of paramount importance. Within the country, the communication network is well developed. The railway (980 km, 2010) stretches from Nahariya in the north to Eilat in the south, but accounts for only 5% of passenger transport. The country roads are the most important transport links (18,300 km) and are of a good standard. The main ports are Haifa, Ashdod and Eilat, and the largest airport is at the city of Lod.

Communications within the country are made more difficult by the difficult topography with deserts and ridges and by the fact that the population lives so scattered. Only one river, Karun, is navigable. The road network is poorly developed with only 12 percent all-weather roads. Since the 1960’s, a project has been underway to unite the major cities with major roads. Particularly important are the east-west highway that links Iraq with Afghanistan through the northern parts of the country and the “Asia Road” which runs in the north-west-south-east direction through the country between Turkey and Pakistan. The rail network covers 8,400 km (2014), of which 94 km is wide. 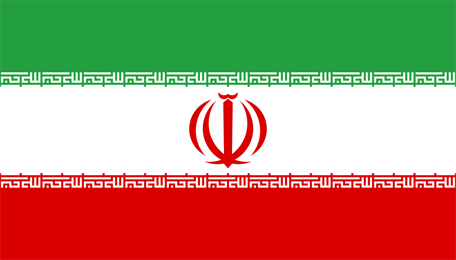 The previously important export ports at the northern end of the Persian Gulf (Khuninshahr, Bandar-e Khomeyni) and the oil terminal on Khargön were devastated during the war against Iraq, giving increased importance to ports in the southeast, out of reach for Iraqi flights (Bandar-e Abbas, Bushahr, Bandar-e Lengeh, Chah Bahar). Important ports on the Caspian Sea are Bandar-e Anzali and Bandar-e Torkeman. Significant international airports are located in Tehran, Bandar-e Abbas and Esfahan.

Iraq’s communications have been greatly affected by the war against Iran and by the Kuwait War. The road network and river traffic increased in importance as the port of Basra was closed during the war against Iran. In particular, road connections with Jordan and Syria have had to replace shipping. The road network covers 44 900 km, of which 2/3 are paved. A 2,300 km long railway network links the major cities and has connections with Turkey and Syria. International airports are located in Baghdad and Basra. 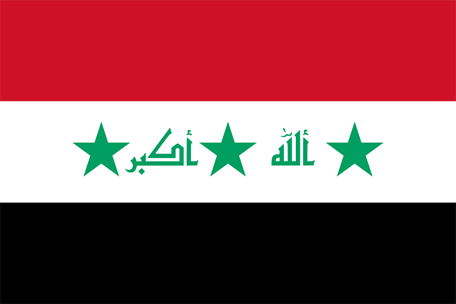 Extensive destruction of the infrastructure during the Kuwait War in 1991 and the war against the US-led coalition in 2003 have greatly weakened domestic communications.

The island’s road network is extensive, and 2/5 of the roads are paved. There is no railway, but there are many bus lines and between the larger cities also public taxi. After 1974, new ports were forced to be built in the southern part, when they already existed under Turkish control. The main ports are now in Larnaca and in Limassol. In Northern Cyprus, ferries go to Turkey from Famagusta and Kyrenia. The International Airport in Nicosia has been closed since 1974 and is used only by UN troops. International airports are located in Larnaca and Paphos as well as outside Churches (Ercan International Airport). 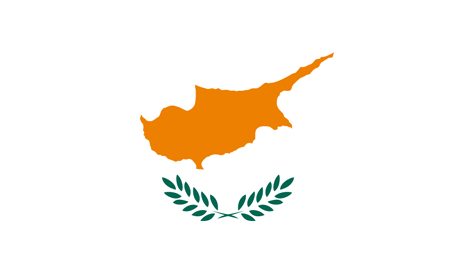 Since 1970, the United Arab Emirates’ internal transport system has been greatly expanded, and modern roads now unite all major cities. The most characteristic of United Arab Emirates communications is the rapid expansion of air traffic. Its own airline, Emirates Airlines, was formed in 1985. The United Arab Emirates, which is one on the surface, has seven international airports in just 5-10 minutes of flight time from each other. The ports have also been expanded rapidly. Dubai’s port is the world’s largest artificial port. 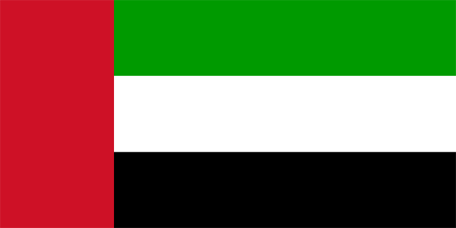 Georgia has a dense transport network. Most of the goods are transported by truck, but also rail transport plays a significant role. However, lack of maintenance and conflicts within the country and in the region has meant that the transport network is in poor condition and sometimes inoperable. 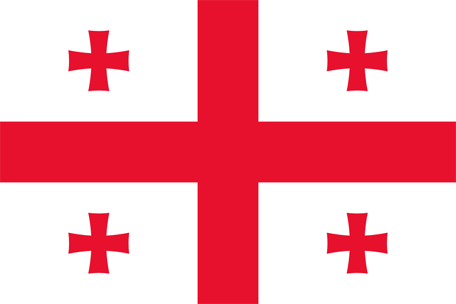 The capital Tbilisi is associated with the port cities of Suchumi and Batumi on the Black Sea as well as with Baku in Azerbaijan. These port cities as well as Poti have commercial ports of great importance to the entire region. International airport is located in Tbilisi. The rail network covers 1 600 km and the road network 20 300 km.

Due to the country’s topography, a well-developed and comprehensive road network is lacking, and fuel shortages have further restricted road traffic after independence. Sea transport can take place along a few navigable rivers and on the severely degraded Lake Sevans. Regular rail and air links are established with the capitals of the southern Caucasian neighboring cities of Tbilisi and Baku, but military conflicts have caused disruption in these connections since the late 1980’s. Railway and air lines link Armenia with the Russian Federation and Iran. International airport is located in Yerevan. In 2010, the railway network covered 870 km and the road network 8 900 km. 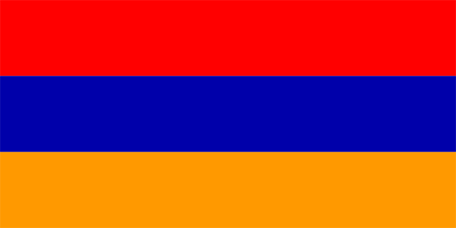 From a historical perspective, the Caspian Sea has been Azerbaijan’s most important transport route, especially through its connection with Volga. Railway and aviation connections exist with Moscow and a number of other major Russian cities as well as with the southern Caucasian neighboring cities of Yerevan and Tbilisi. In 2010, the railway network covered 2,900 km and the road network 26,480 km. 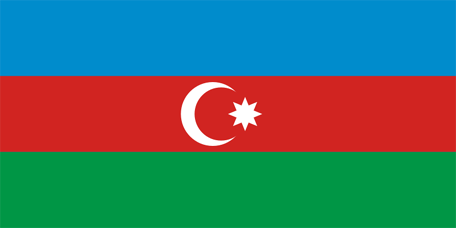 The large distances and sometimes difficult climatic conditions pose major problems for the transport system in the Russian Federation.

The expansion of the Russian railway network accelerated with the completion of the Saint Petersburg-Moscow line in 1851, and it has continued to expand, mainly through increased density and capacity in the European parts. Siberia was connected to the network through the construction of the Trans-Siberian Railway (1892-1916). 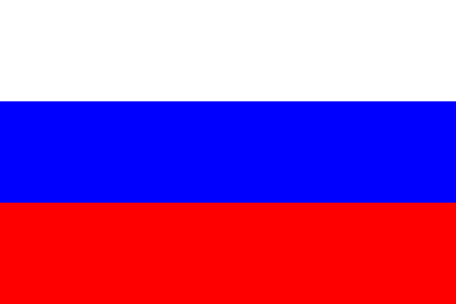 The national rail network covers 87,200 km, of which about 50 per cent is electrified. The railways account for a significant proportion of the total transport work and are the most important means of transport for goods. In line with the expansion of the Siberian mining industry and industry, transport in the east-west direction has become increasingly important, and this is mainly where the bottlenecks in the system are.

Although the relative importance of river shipping has gradually diminished, it still plays a prominent role. About 90,000 km of waterways (rivers and lakes) can be used for transport or rafting purposes. Volga with inflows and connecting channels is the most important route. Foreign shipping has relatively few ports available. Murmansk, Saint Petersburg and Archangel with ports are the largest in the European part, while Vladivostok, Nachodka and Sovetskaja Gavan dominate the Pacific. The Russian Federation also has access to ports on both the Black Sea and the Azov Sea. Otherwise, the Russian Federation is referred to transit traffic through ports in neighboring countries.

Road traffic has long had an obscured role in the Soviet economy, and the emphasis was on short public transport by bus or freight transport by light trucks as a complement to the railway. The 1970’s mark a crime with this policy as a number of new car factories were added, including Zjiguli (Lada) outside Samara, making the country one of the world’s largest manufacturers of passenger cars. Outside the metropolitan regions, however, the road network has major shortcomings, and car density has remained low. Many regions and rural areas are still not linked to the national road network.

In light of the lack of infrastructure in many parts of the country and the great distances, air traffic has instead come to play a prominent role. The Soviet Union’s combined aviation and airline, Aeroflot, was the world’s largest individual airline. As with all other public transport, air fares were also subsidized. The dissolution of the Soviet Union and the reduction of subsidies have led to a significant reduction in the number of passengers and a variety of new, independent and often privately owned airlines.