Mali is sparsely populated, especially the desert in the north. High birth rates mean that the population increase is rapid, even though mortality, not least child mortality, is high and emigration is high. Nearly half of the residents are under 15 years of age. 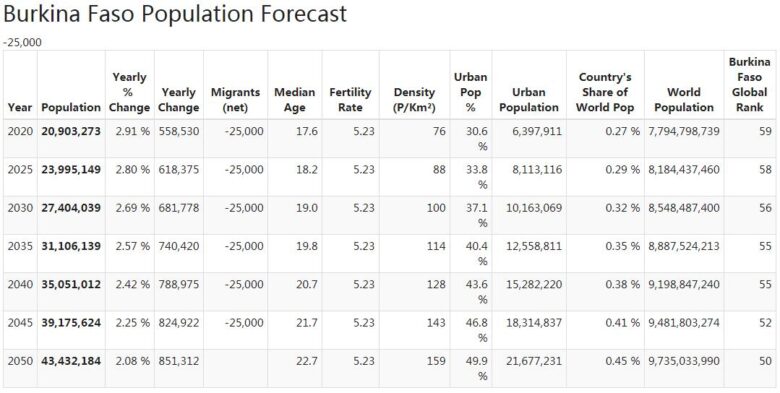 In central Mali, the peoples live songhai and dogon. Songhai are Muslim farmers who speak Nilo-Saharan languages, while the small farming group dogon has maintained its traditional way of life. Dogon speaks a Niger-Congo language.

An estimated 5 percent of the Malays are nomads. In the Sahara desert and its southern border region, the Sahel, there are three traditionally nomadic peoples: the livestock-eating fulani (also called peul or halpulaar), which is Mali’s second largest population group, the Berber people Tuareg, and the Arabic-speaking Moors. The Tuaregs and Moors have traditionally been regarded as “white” as opposed to Fulani, which is considered a “black” ethnic group.

For decades, there has been a tense relationship between the black peoples of the south, who traditionally dominate politics and the economy, and the minority peoples of the north, especially the Tuaregs, who feel overruled and inferior. Competition for scarce land and water resources in the north has contributed to tense relations, not least between livestock and agricultural peoples.

The Tuaregs previously lived by camel care and controlled the caravan roads in the region. Nowadays, the Tuaregians are an vulnerable minority who have in many cases been forced to move south due to drought and lack of pasture. Some Tuaregians have left their lives as livestock keepers and instead started farming.

The Tuaregs have rebelled against the central power several times: during the French colonial empire, after independence in 1960, during the 1990s and 2006-2008. During the 2012 uprising that temporarily divided the country, both Tuaregs who wanted to proclaim their own state, Azawad, and Islamists who wanted to proclaim a state based on Islamic law participated (see Modern History).

An armed conflict from 2012 (see Current Policy) has driven many Mali into flight. At the end of the 2010, there were around 140,000 Malian refugees in neighboring countries and around 150,000 refugees in the country. Many males also move temporarily or permanently abroad in search of work. Estimates vary between one million and four million males abroad.

French is an official language, but it is only spoken by a small part of the population. Bambara is the largest among the indigenous languages ​​and serves mainly as a communication link between the groups in the south. In the Niger Delta area, the language of the Fulani people, ugly, has been given a similar position. The same goes for songhai and the language of the Tuaregs tamashek in the north. The Tuaregs, as the only Berber people, have preserved the ancient alphabet tifinagh. The Moors speak mainly the Arabic dialect Hassania.

French is the official language; the largest of the indigenous languages ​​is bamboo

UN soldiers and jihadists are killed in the north

French military states that an “armed terrorist group” was eliminated when 15 jihadists were killed in a strike 10 miles northeast of Kidal. The group must have been a branch of Ansar al-Din, which has links to the al-Qaeda group Aqim. At the same time, the al-Qaeda group GSIM (see March 2017) is taking on an attack in the north that has claimed the lives of two Malian soldiers. Furthermore, three UN soldiers are reported to have died and two injured when their vehicles were operating on an explosive charge north of Kidal.

Suspected Tuareghebles kidnap a number of army soldiers in several different attacks on army missions at the border with Algeria and Niger.

Alliance for Democracy and Progress (ADP) wins with 113 of the 160 seats against 15 seats for the opposition alliance Front for Democracy and Republic (FDR). Adéma, which is part of ADP, will be the largest party with 51 seats. Only one party outside the two alliances enters Parliament: the Left Party, Sadi, which receives 4 seats.

Eight candidates are up for election. Amadou Toumani Touré is re-elected with 71 percent of the vote already in the first round. The Speaker of Parliament, the former Prime Minister Ibrahim Boubacar Keïta, comes in second place with 19 percent of the vote. The turnout is only 36 percent. International observers regard the election as free and fair, while the opposition accuses the victors of gross electoral fraud.