Democratic Republic of the Congo Overview 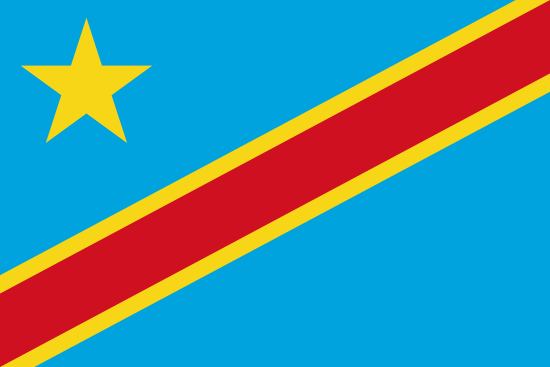 The country was created as the “Congo State” (or “Free State of the Congo”) in the 1880s on the initiative of the Belgian King Leopold II, who ran the Congo as his own private enterprise. His life’s work was the creation of the Congo. Through a private company, Congo was exploited with Henry Morton Stanley as the main agent. From the beginning, the official goal was to create a model of freedom in the country rich in natural resources. In reality, the goal was to enrich oneself by any means.

However, international protests arose due to the inhuman treatment of the indigenous population in connection with the extraction of raw rubber. In Belgium, a parliamentary inquiry in 1906 accuses the king of having mismanaged Congo. It later turns out that the king’s looting of natural resources, mainly natural rubber and ivory, has halved the country’s population – a genocide of about 10 million people.

Leopold was forced to make an agreement with the Belgian state that Congo, which had been his private property, would instead become a Belgian colony, and this happened shortly before his death in 1909.

In 1908, the country officially became a Belgian colony. The Belgian Congo completely lacked democratic institutions and was under total and direct political control of the Belgian government. However, some economic and social reforms were implemented. Medical stations were established in all major villages and in the big cities there were well-equipped hospitals. Among other things, they succeeded in eradicating the sleeping sickness in the country. Railways, ports, mines, plantations and industries prospered and in the 1950s Congo’s GDP was the highest in Africa.

In 1952, Governor-General Petillon wrote a letter to the Belgian authorities advocating voting rights and other civil rights for Congolese students. If no reforms are implemented, we will lose this rich colony, he predicted. Petillon received some support from some progressive parliamentarians, but the government opposed any sweeping democratic reforms that were thought to “destabilize the region”.

Belgium never had a long-term vision for Congo; reluctantly, some minor political changes were made, and in 1959 the Belgian king was forced to accept independence from the Congo. Round table talks between domestic political leaders and representatives of the colonial government followed the following year.

In 1960, parliamentary elections were held and the same year the country was declared independent under the name Republic of Congo. Since the French Congo also adopted the name Republic of the Congo when it became independent, the two countries came to be named after their respective capitals: Congo-Léopoldville and Congo-Brazzaville.

During the first two weeks of independence, military forces waged nationwide mutiny against the president and the provinces of Katanga and South Qasai declared independence. A civil war broke out and became one of the most difficult international conflicts of the 1960s.

The breakaway republic of Katanga was not defeated until 1963. Rebel leader Moise Tshombe was forced to flee but returned the following year and was installed as Congolese prime minister.

In 1966, the country’s official name was changed to the Democratic Republic of the Congo and the names of the cities were changed: Léopoldville became Kinshasa, Stanleyville Kisangani, Elisabethville Lubumbashi, Jadotville Likasi and Albertville Kalemie. Lakes Lake Albert and Lake Edward on the border between Uganda and Zaire changed their name to Lake Mobutu and Lake Idi Amin.

In 1971, the country was renamed, this time to Zaire (which has already been renamed the Congo River). Joseph Mobutu, President and Prime Minister, adopted the name “Mobutu Sese Seko Kuku Ngbendu wa za Banga” (translated: “The almighty warrior who, thanks to his perseverance and unwavering will to win, goes from victory to victory and leaves fire in his tracks”), normally abbreviated to Mobutu Sese Seko. He deleted the first name Joseph as being too European. The majestic name was accompanied by the leopard skin hat that Mobutu has always worn.

In 1990, Mobutu proclaimed the “Third Republic” and announced democratic reforms but retained power. Dissatisfaction among the citizens grew and in 1992 riots broke out.

Laurent Kabila formed the Congolese Liberation Army (ADFL) in 1996. The ADFL rebels in eastern Congo, which consisted largely of tutsimilis, took up arms against President Mobutu and chased him into exile in 1997. The country regained the name Democratic Republic of Congo and Laurent Kabila became president.

Laurent Kabila was assassinated in 2001 and his son Joseph Kabila was appointed head of state ten days later. Decades of misrule and a weakly developed sense of nation in the colonially created, artificial state formation spoke against a stable, peaceful development.

In 2006, Congo held its first democratic election, with a multi-party system, since independence in 1960. Nearly ten thousand politicians competed for the five hundred seats in parliament, while in the presidential election there were thirty-three candidates to choose from.

The eastern parts of Congo-Kinshasa were hardest hit by the bloody civil war. This is also where the violence has most often continued after the official end of the war. Rebel soldiers led by former army officer Laurent Nkunda captured the city of Sake in northern Kivu province, in eastern Congo, in 2006 after firefighting with army units and an Indian UN force.

It is often said and written that there are two explanations for the battles. One is that Nkunda and Rwanda want to defend the Tutsis in eastern Congo against a continuation of the genocide that took place in Rwanda in 1994. The perpetrators of this genocide fled to Congo and are still active there. There are Tutsis and Hutus in both Congo and Rwanda. The second explanation is that the struggle is really about the riches (mainly minerals) that exist in eastern Congo. The defense of the Tutsis is just a pretext, say those who claim that this explanation is the right one.

The country actually has great potential to become a prosperous country, but war and corruption for many years have dramatically deteriorated the economy. Tax revenues are low, central government expenditure is high and the external debt is growing. The people are suffering from famine and disease. With the help of, among others, the IMF and the World Bank, an attempt will be made to reverse economic development, the large size of the informal sector makes this difficult, a lot of economic activity takes place without government intervention.

Corruption has also led to many fortune seekers in the used aircraft industry flying within the country’s borders as the railway and road network is in poor condition, including the aircraft model AN-8 which no longer has Antonov’s permission to fly. Many plane crashes have occurred because of this. A large part of transport also takes place on the rivers. Almost all electricity is produced by hydropower, which is beneficial for the environment.

The following objects in Congo-Kinshasa are listed as a UNESCO World Heritage Site.
The year in which the item was added to the list is indicated in parentheses. 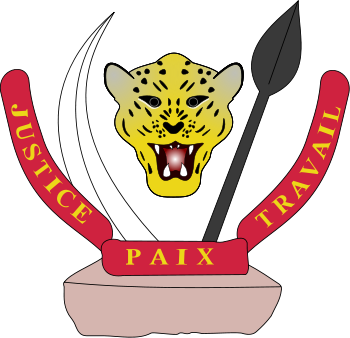 According to Countryaah, Kinshasa is the capital of Congo-Kinshasa, with a population of 8 million (2007). It is the largest city in a French-speaking country after Paris. Kinshasa is located on the south side of the Congo River, opposite Brazzaville which is visible on the other side of the river.

Kinshasa is a city characterized by great contrasts. In the city there are luxury residential areas, business areas and several universities, but also large and fast-growing shantytowns. Larger urban areas include the “Cité de l’OUA” which is home to the Congolese-Kinshasa government and the “Zone de Matonge” which is internationally known for its nightlife.

The city is the financial, industrial, educational and transport center for the country. The majority of the country’s imports and exports pass through Kinshasa by river transport and rail connection with Matadi. Kinshasa was founded in 1881 by Henry Morton Stanley as a trading post. During the Belgian colonial era, before 1966, the city was called Léopoldville.

Tags: Democratic Republic of the Congo