Uganda is a republic in Africa. The country is located at the equator in the middle of the African continent, on the northern shore of Lake Victoria. Uganda borders Sudan in the north, the Democratic Republic of Congo in the west, Rwanda in the southwest, Tanzania in the south and Kenya in the east.

Uganda has experienced several periods of dictatorship and civil war since the liberation from British colonial rule in 1962. For large parts of the country, the situation became more stable in the period after incumbent President Yoweri Museveni came to power in 1986. Northern Uganda, on the other hand, has experienced decades of civil war and thousands of internal refugees. The situation has also improved since 2009.

In recent years, Museveni’s regime has evolved in an authoritarian direction and the opposition has few opportunities to gain influence.

Uganda has 44 495 000 inhabitants (UN 2018). Most of these live in the countryside. Population density is highest in the areas where the soil is most fertile, such as the area opposite the northern shores of Lake Victoria, between Kampala and Jinja.

The country has a very young population where 48 per cent are under 15 and another 21 per cent are between 15 and 24 years. Life expectancy at birth is 56.3 years.

The capital city of Kampala is the largest city in the country, it is estimated that there are approximately 1 650 000 inhabitants living here (UN 2011). Other central cities are Jinja, Mbale, Mbarara, Kira, Gulu and Lira.

Uganda is categorized as a LDC, least developed country, by the UN. 29 percent of the population lives below the international poverty line, calculated here as 1.25 US dollars per day.

The majority in Uganda are Christians, most of whom are Catholics. In recent years, free church churches have gained greater support. American Free Churches have played a role in the development of stricter condemnation of homosexuality in the country.

Homosexuality is banned in Uganda, and in February 2014, President Museveni signed the Anti-Homosexuality Act, a contentious law that tightens this ban. Among other things, the law imposes stricter prison sentences, up to life, for having sex with one of the same sex, and it prohibits individuals or organizations from “promoting” homosexuality.

English is the official language and teaching language, in addition there are around 40 different local languages, where Luanda is most widely spoken.

Uganda is a republic and is governed by President Yoweri Museveni. He came to power at a military coup in 1986 and has since been elected president by national elections, most recently in February 2016. A 2005 constitutional amendment allows the president to be re-elected an unlimited number of times.

Uganda has had a multi-party system since the constitutional amendment in 2005. In reality, however, most of the power is still concentrated on President Museveni and his National Resistance Movement (NRM). The political opposition has little potential for influence and influence.

The judiciary in Uganda is partially independent of the state, and both the Supreme Court and the Constitutional Court have demonstrated this independence in conflicts with the president in recent years. At the same time, the president has a great influence on the appointment of judges, which weakens the independence of the courts.

Through East African intergovernmental cooperation in the East African Community (EAC), Uganda has gained a better relationship with neighboring countries Kenya, Tanzania, Rwanda and Burundi. Uganda is a member of the UN and most of the UN’s special organizations, including the World Bank ; also by the World Trade Organization, the Commonwealth, the African Union (AU) and the Cotonou Agreement (formerly the Lomé Convention).

From around the 1300s, kingdoms formed in the southern and central parts of Uganda, while the northern areas were dominated by clan-based communities.

Uganda was a British colony from the late 1800s to independence in 1962. Protecting the Nile’s source of British interests was an important motivation behind colonial rule.

Both President Milton Obote and Idi Amin’s regimes were highly authoritarian and characterized by violent conflicts. In 1986, Yoweri Museveni came to power in a military coup. This marked the start of a protracted civil war in the northern parts of Uganda. The Lord’s Resistance Army (LRA) and the government army were in conflict. When the conflict was at its most intense, according to IDMC, as many as 1.9 million people lived in internal refugee camps in Northern Uganda. After the LRA and Ugandan authorities signed a ceasefire agreement in 2006, internal refugees have been able to leave the camps. In recent years, the LRA has mainly lived outside Uganda, in DR Congo and in the Central African Republic.

President Museveni’s regime has become more and more authoritarian over the years, and he has been criticized for concentrating ever more power in his office and his person. 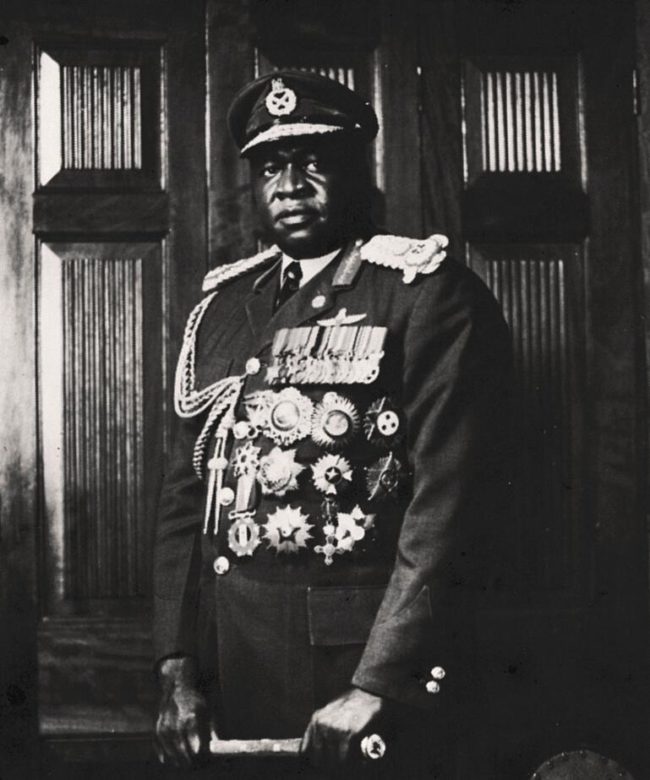 Amin Uganda. Idi Amin seized power in Uganda through a military coup in January 1971, and was the country’s head of state until he was exiled in 1979. He ruled dictatorially, and one estimates that hundreds of thousands of people were killed during his reign.

Uganda is basically a rich country, with fertile soil and mineral deposits. Coffee and fish are the most important export commodities, and in addition, oil discoveries carry hope for future growth in the economy. Oil has been found on the bottom and in the areas around Lake Alberta near the DR Congo border. Several international oil companies are involved in exploration and recovery in this area: Tullow Oil, Total and CNOOC (the state-owned Chinese oil company). Oil production is expected to be up and running by 2020.

Idi Amin’s dictatorship from 1971 to 1979 was very devastating to the country’s economy. This was partly due to Amin’s expulsion of Ugandans of Asian origin in 1972, which were important in the trade and business sector. These were invited back by Museveni in 1991.

Uganda has entered into an economic cooperation with neighboring countries through the East African Community (EAC). EAC cooperation includes customs clearance between countries and free movement of goods and labor. Rising food and gasoline prices due to inflation led to major popular protests in 2011. 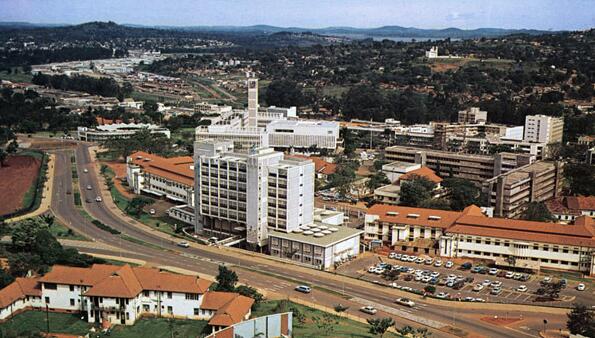