The Horn of Africa is an area in northeastern Africa that includes the countries of Ethiopia, Eritrea, Djibouti and Somalia.

The Horn of Africa has significant western winds. The altitude areas of Djibouti, Ethiopia and Somalia have monsoon rains, while the lowlands farther east lie in the rain shadow and have arid climates. The Red Sea coast has near the highest temperature in the world.

The horn is a geographically defined area, but most commonly in conjunction with conflicts. Also Sudan, South Sudan, Kenya and Uganda is often regarded with conflict image around the Horn of Africa. Due to the strategic location of the Red Sea and the Gulf of Aden, the great powers have long argued for influence on the Horn of Africa. During the colonial period, Italy subjugated Eritrea. From the coast, in 1896 they tried to submit to Ethiopia. The first army train failed, but in 1935 Italy invaded again, and for the next six years Ethiopia was subject to Rome’s control. Somalia was shared between the UK, Italy and France.

After World War II and Benito Mussolini’s fall in Italy, Ethiopia and Eritrea became a federation. When Eritrea was made a province of Ethiopia in 1961, the first Eritrean war of independence broke out. The two Somali colonies were united as an independent republic in 1960. French Somaliland, Djibouti, became independent in 1977.

During the Cold War, the Horn of Africa was a strategically important area. The superpower political dimension of the 1960s and 1970s originated in the region’s military strategic location. This was primarily linked to the important sea route through the Red Sea and the Suez Canal, eventually also the relative proximity to the Gulf and the conflicts there. General Mohammed Siad Barre took power in Somalia in a military coup in 1969, declaring that the country should be a socialist republic. For the Soviet Union, he became a natural ally. The United States, in turn, supported the regime of Ethiopian emperor Haile Selassie. Then the Marxist Derg movement took power in Ethiopia in 1974, the Soviet Union’s focus shifted to Ethiopia. As a result, both the Soviet Union and eventually Cuba supported Ethiopia’s war on Somalia in 1977, known as the Ogaden War. The United States also changed its alliances on the Horn, supporting as of the Ogaden war Somalia’s Siad Barre. 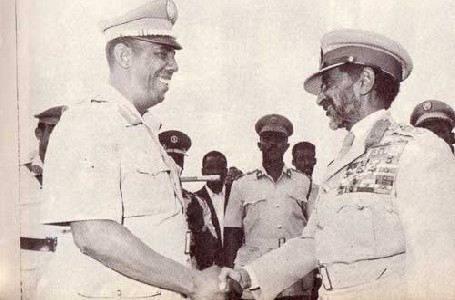 Soviet military support to Ethiopia also enabled the country to step up the war against the Eritrean People’s Liberation Front (EPLF) in Eritrea. The Cubans, who had initially given political support to the Eritreans’ freedom struggle, abstained from direct involvement in this conflict, but Soviet officers and advisers participated. The EPLF was the dominant Eritrean liberation movement, liberating much of the country in the 1980s. At the same time as the Eritrean liberation war, other Ethiopian national groups also resorted to weapons against the Amhara- dominated central government, including the Oromo people; one of the largest groups of people.

After the Cold War

In Tigray province too, an effective guerrilla, the Tigre People’s Liberation Front (TPLF), was being built. The TPLF cooperated politically and militarily with the EPLF with the common goal of overthrowing the Ethiopian regime under dictator Mengistu Haile Mariam. It succeeded in 1991 when the Ethiopian People’s Revolutionary Democratic Front (EPRDF) association captured the Ethiopian capital of Addis Ababa. Thus, a TPLF-dominated regime took over power in Ethiopia. In 1993, Eritrea became an independent state following a UN- supervised referendum.

The relationship between Eritrea and Ethiopia was good in the early years, but as Eritrea developed its own national platform, political disagreements and contradictions emerged between the two countries. A major concern for Ethiopia was the opportunities for access to the sea; with Eritrea’s independence, Ethiopia lost its two port cities of Assab and Massawa. In 1998, a border war broke out between Eritrea and Ethiopia, which lasted for two years. It was not until 2018 that a final peace treaty was signed between Ethiopia and Eritrea.

Also the war in Somalia was to characterize the Hornet in the 1990s. Since 1991, there have been several armed conflicts in Somalia. During the 1990s, there was both a UN force and eventually an American-led force in the country. The regional organization Intergovernmental Authority on Development (IGAD) held in 1998 a conference that elected Somalia’s first legal government since President Barre fled in 1991. Subsequently, on the initiative of Djibouti’s president held a national reconciliation conference in Djibouti in 2000. exclaims States Somaliland (which stated independently in 1991) and Puntland (declared self-employed in 1998) refused to participate. The conference decided to set up a national assembly for a transitional period, and this met for the first time in August and elected a president. In the autumn of 2000, a transitional government was also established. The political process led to the establishment of a new government in Somalia in 2005, for the first time since 1991.

But Somalia was by no means stable. In 2006, the vacuum of power was filled by the Islamic courts. This led to Ethiopia, which also sought to strike down an internal uprising in the Oromo province bordering Somalia, invaded. Ethiopia succeeded in taking Mogadishu, reinstating an IGAD-backed government, but the foundation was now laid for Islamist group Al-Shabaab, which had served as a militia for the courts. Al-Shabaab quickly took control of much of southern Somalia. The IGAD countries gradually got a mandate from the African Union, and since then the UN to create a strike to secure the government of Mogadishu. The force, known as AMISOM, mainly has soldiers from Uganda, Burundi, Ethiopia and Kenya. In 2012, Somalia could hold its first presidential election, but Al-Shabaab has continued to be a security issue in both Somalia and eventually neighboring countries. 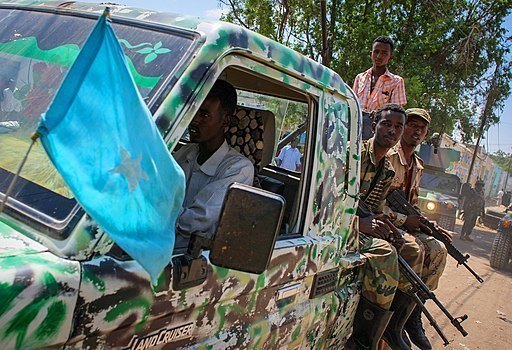 More than four decades of extensive military conflict in the Horn of Africa helped to make the region one of the continent’s least developed. Extensive use of resources for military purposes, material damage caused by warfare, and several periods of severe drought have all contributed to the fact that all states on the Horn of Africa have been, and still are, heavily dependent on foreign aid.

One of the most severe famine disasters occurred in Ethiopia in 1984–1985, with recurrence in Ethiopia and Somalia in 1991–1992 and the early 2000s. Food shortages were then most precarious in Ethiopia and Eritrea, where the war contributed to the serious situation. The food situation in Eritrea was particularly serious after hundreds of thousands of people fled during the Ethiopian march. The war between Eritrea and Ethiopia resulted in great loss of human life on both sides, and significant material destruction in Eritrea. It is estimated that 100,000 people were killed in the war, about the same number on both sides.

The spring and summer 2000 fights coincided with a severe famine situation. The war thus strengthened the humanitarian disaster throughout Eritrea and much of Ethiopia. It is estimated that around three-quarters of a million Eritreans were fled during the war, most in the west of the country. According to the UN, about half of the entire Eritrean population was affected by the humanitarian crisis in the fall of 2000. In Ethiopia, around 10 million people were affected by drought and famine in the fall of 2000. The area was again hit by drought in 2002 and 2004.

Because of the conflicts, the Horn of Africa has been among the regions of the world with the most refugees since the 1970s, and Ethiopia and Sudan have been among the largest recipients of refugees in Africa. In recent years, these countries have particularly welcomed refugees from South Sudan, Eritrea and Somalia. The area is also home to refugees, especially Somalia, Ethiopia and Eritrea. The vast majority of refugees from these countries reside in the region.

In 1986, a regional cooperation organization, the Inter-Governmental Authority on Droughts and Development (IGADD; from 1996 the Inter-Governmental Authority on Development, IGAD), was established to coordinate the work on drought and desertification. In its area of ​​work, the organization has included political issues that are relevant to food security and regional cooperation, including security policy. A key issue for IGAD has been negotiations around the new state of South Sudan, after a new civil war broke out in 2013. In 2019, IGAD was active in mediation between the military council and protesters in Sudan.