Tunisia is a republic in North Africa bordering Algeria in the west, east to Libya and having a 1148 kilometer coastline to the Mediterranean in the north. Tunisia is by far the smallest of the states in the Maghreb region, but the most successful in terms of economy and way of life. Official language is Arabic; French is also widespread.

Tunisia’s older history is particularly linked to the rise of Carthage and the subsequent period of Roman rule, both over areas that until then were inhabited by the Berbers (Amazigh). Later immigration of Arabs from the east led to a lasting Arabization and Islamization. After three centuries of self-government under Ottoman rule, Tunisia became a French protectorate in 1881, and then became an independent state in 1956. Islam is state religion.

The name Tunisia is taken from Tunis; the country’s capital. Origin and meaning are unclear, and are partly attributed to a Berber word (tns) for campsite, and partly to the Phoenician goddess Tanith and the ancient city of Tynes.

Tunisia’s national anthem is Humata al-Hima (‘Defenders of the Fatherland’).

Tunisia consists of several natural geographical zones, from the coast in the north to the Sahara desert in the south. The central areas are dominated by a steppe plateau; the northern areas of the Atlas Mountains and the fertile Medjerda Valley – the country’s best agricultural area. The highest mountain is Jebel Chambi (1544 masl), near the border with Algeria. In the Gulf of Gabes lies Djerba and the archipelago of Kerkenna. Africa’s northernmost point, Ras ben Sakka, lies north of Bizerte, Africa’s northernmost city.

Plant and wildlife are characterized by the dry climate. Most of the country has shrub and grass steppe with alpha grass and a large variety of species belonging to the Mediterranean flora. In the mountains, cork oak and aleppo fur grow. In the south there is desert vegetation with some oases.

Tunisia has almost 80 mammal species, but large species such as lion and cheetah have disappeared. Gold jackets and foxes occur in steppe and desert areas. More gases occur. More than 390 bird species have been observed, almost 190 of which have been recorded nesting.

Tunisia is most densely populated on the coast, where the largest cities are also located. About 3/5 of Tunisians live in cities, about one-tenth of the population of the capital, Tunis. Inland there is little settlement, with the exception of some oases; there are still elements of nomadic way of life.

Population growth is lower than in other countries in North Africa, and emigration has helped to reduce the population. Practically the entire population is Muslims (Sunnis); the country has small Christian and Jewish minorities.

The population is Arab and of mixed origin, including from the original Berber population, Turks and Europeans. The pure Berber (Amazigh) population is estimated to be less than one percent.

Until independence there was a significant element of Europeans (essentially French and Italians), about 255,000; most left Tunisia. The majority of the Jewish population, about 105,000, emigrated after the establishment of the State of Israel in 1948. 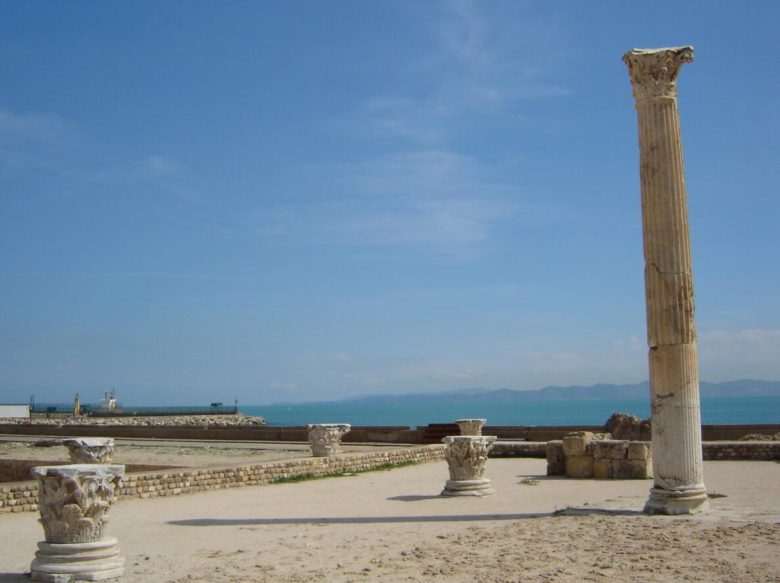 Tunisia as a state formation came into being under Ottoman rule; then the country was under French supremacy from 1881. The Republic of Tunisia became independent in 1957, and was long a one-party state led by the state- carrying Néo-Destour Party. The presidential office was accorded great power.

Some political liberalization took place, and from 1981 several parties were allowed. The biggest political upheaval came in 2010–2011 with the so-called “jasmine revolution”. The rebellion in Tunisia then became the start of the Arab Spring.

After the uprising in 2011, a constitutional assembly was elected, where Islamist parties gained a majority, and a new constitution was drafted, considered to be the most democratic in the Arab world, with equal rights for women and men. The National Assembly is elected for five years; the president as well. The President appoints the Prime Minister; the two together have the executive power. Contradictions between the government parties and other sections of civil society led to political tension in 2012–2013, but democratic elections were held in 2014 and 2019. 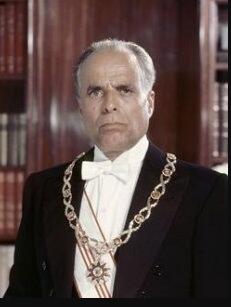 Tool finds testify that there have been human-like species in this part of North Africa for up to 2.4 million years. Other findings show that there was the presence of early humans some 200,000 years ago. What is considered the region’s original population, Berbers, then came, probably after immigration from the east.

Later Tunisia grew up around the strong state of Carthage, which was conquered by the Romans during the Punic wars, which in ancient times became part of the Roman region of Africa, with Tunisia as one of the most important grain chambers of the Roman Empire. Several Islamic dynasties then ruled the country.

The greatest influence on the development of the later Tunisia had the Arab conquest in the 7th century; then the Ottoman regime from 1574. Modern Tunisia gradually became part of the Ottomans; then – from 1881 – under the French Protectorate. Tunisia had various forms of internal autonomy until independence in 1956. This followed pressure from nationalists, including armed resistance.

In 1987, his father, Habib Bourguiba, was deposed, followed by General Zine el-Abidine Ben Ali, who himself was deposed during the rebellion in Tunisia in 2010, which marked the start of the Arab Spring. In 2015, the Tunisian Quartet for National Dialogue (Quartet du dialogue national) was awarded the Nobel Peace Prize for its stabilizing efforts.

Tunisia has a complex economy with significant industrialization, but where agriculture has remained important for employment, and mineral exports are crucial to government revenue. In the service sector, tourism plays an important role. Money transfers from Tunisians abroad are also an important source of income. The economy has been liberalized since the 1980s, partly through the privatization of state-owned enterprises.

Tunisia has limited natural resources, but significant deposits of phosphate and petroleum, and their extraction have constituted a significant part of the country’s modern economy. Phosphate is partly exported and partly used in its own production of mineral fertilizers. Oil deposits are smaller than in neighboring countries; reserves of natural gas ensure continued export of energy.

Agriculture is not efficient and produces too little to make Tunisia self-sufficient in food. Economic development benefits from proximity to Europe and cooperation agreements with the EU. According to abbreviationfinder, EU stands for European Union.