Nigerian media is considered free and independent and seeks to expose corruption and delinquency. Over 100 independent media have been registered. But journalists operate under difficult conditions. Radio is the main source of news for most, followed by television, social media and newspapers.

Radio is the most important news source in Nigeria. For many poor and rural areas, radio is the only daily source of news. 62 percent of the population listen to radio daily, and 34 percent say it is their main source of news. About half of Nigerians have access to television.

The supposedly most important radio channel is BBC Africa, which broadcasts in several languages. The State Federal Radio Corporation of Nigeria (FRCN) has broadcasts in five zones, where it is broadcast in English and around 15 other Nigerian languages. The Nigerian Television Authority (NTA), established in 1976, is state-controlled and is responsible for all television operations in the country, with broadcasters in all states. In addition, there are a number of private TV and radio stations.

Nearly half of Nigerians have access to the internet, and newspaper websites rank highly in use. Social media is increasing in size, from two to 20 percent between 2002 and 2015. Especially young people in the cities use blogs and twitter as main news sources and discussion forums.

The use of social media was crucial to the comprehensive mobilization of the protests in 2012 (Occupy Nigeria), which was perhaps the largest mass mobilization in history. Civil society used social media to monitor the elections in 2015. This was highlighted as important for making that election seen as the freest and fairest in the country’s history.

There are dozens of newspapers in Nigeria; weekly, daily and Sunday newspapers.

At the end of the colonial era, Nigerian newspapers and journalists were the bearers of independence and colonial resistance. From the liberation in 1960 to a wave of privatization in the 1990’s, most newspapers were state-owned. Today, most newspapers are in English, and there is greater newspaper circulation in the south than in the north. But there are a number of regional and local newspapers in local languages.

Government-critical media had a particularly difficult period under President Abacha (1993-1998). Critical journalists were imprisoned and newspapers were closed for periods. Opposition radio Radio Kudirat (named after Kudirat Abiola, the wife of the winner of the 1993 election, Moshood Abiola), was driven from Stavanger from 1996 to 1998, with support from the Norwegian Foreign Ministry (UD) and Worldview Rights.

With the introduction of electoral democracy in 1999, it became easier for the media to operate. At the same time, the Reporters Without Borders organization is concerned about the freedom of the press in the country.

It is particularly difficult to cover politics, terrorism and corruption. Journalists are exposed to threats, violence and denied access to information from government and police. There have been several raids against editors in recent years, and several journalists have been arrested. A cybercrime law from 2015 restricts online freedom. In addition, many journalists are not paid wages, but rely on financial support from sources. This provides the basis for corruption in the media.

A 2018 research study reports that Nigerians have relatively low confidence in the media (compared to Kenya and South Africa). Between 40 and 45% say they do not trust Nigerian media. A large majority believe they sometimes or often encounter disinformation or “fake news.” International media has higher confidence than Nigerians. 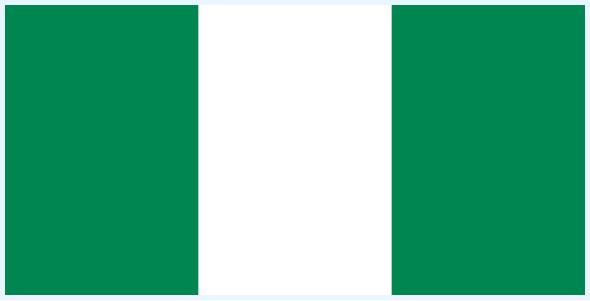