The majority of Kenya is made up of crystalline bedrock, forming large plateau masses 1000–3000 meters above sea level, the Kenyan highlands.

The highest areas consist of younger volcanic material, lava decks and volcanic cones, including the massive volcanic cones Mount Kenya (Kirinyaga, 5199 meters above sea level) in the middle of the country and Mount Elgon (4321 meters above sea level) on the border with Uganda. The highlands slopes down to the coast of the Indian Ocean in the east and north to the lowlands along the border with Ethiopia and Somalia.

The coastal zone in Kenya is swampy and about 30 kilometers wide, with beaches surrounded by coral reefs and cut-in estuaries. Off the coast are several smaller islands.

Kenya is cut in the north-south direction by the large East African search pit ( Rift Valley), a 500–1200 meter deep and 50–80 kilometers wide recess. Here are a number of drainage-free salt lakes, primarily the large Turkana lake.

A large number of tourists and the strong population density in parts of the country both represent ecological threats, including deforestation and erosion. One of the most active contributors to ecological awareness and forestry, Professor Wangara Mathai, received the Nobel Peace Prize in 2004 for his efforts.

Along the edge of the Rift Valley to the west are several of Africa’s highest mountains, such as Mount Kenya and Ngong. 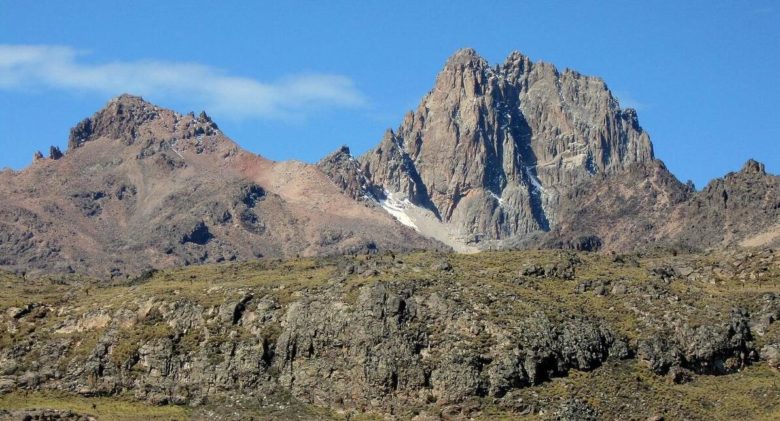 The highest peaks are volcanic. Most of the mountain peaks are extinct volcanoes that form the caldera.

The bedrock consists essentially of Precambrian volcanoes, granites and gneisses. The highest areas consist of younger volcanic material. The soil consists of laterite and bauxite.

Most of the bedrock consists of Precambrian granites and gneisses that belong to the African shield.

In the Rift Valley there are deep rocks formed by rifting, including rhombic porphyry.

The shield volcanoes have left volcanic ash and lava during explosive eruptions from the hotspot.

Hippos. A hippopotamus with two calves on the banks of the Mara River in Kenya. – Twin births of hippos are rare; As a rule, the female only gets one youngster. But kids from previous litters can follow their mother and younger siblings. 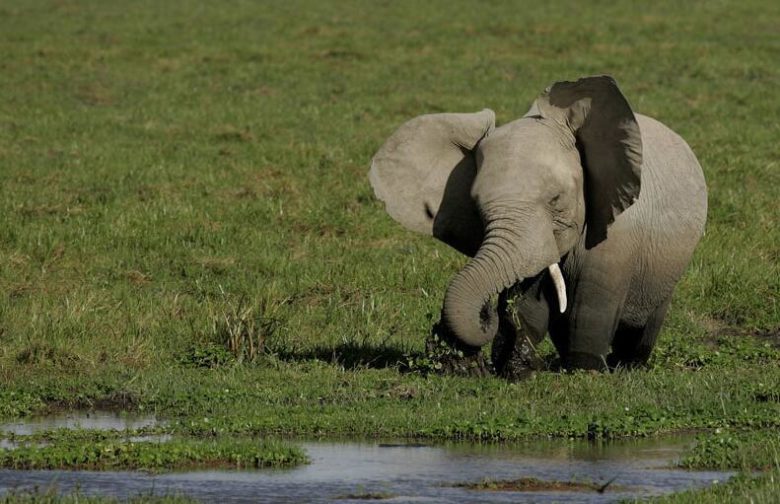 Kenya lies in the tropical belt, but due to the mountains and the highlands there are significant variations in the climate. The annual rainfall varies greatly, but less than 1/4 of the country receives more than 750 mm. The most precipitous areas are the coastal zone and the mountains and plateaus of southern Kenya, where many places receive more than 1000 mm annually. The Rift Valley itself is sheltered with an annual rainfall of approx. 750 mm in the south which decreases to 250 mm in the north. The rainfall is modest also on the country’s inner and northern plateaus; thus only 120 mm at the border with Somalia. Most of the precipitation comes in connection with the passage of the intertropical convergence zone during the periods May-June and October-December, and most places therefore have two precipitation maxima. Temperatures vary greatly due to terrain conditions. Mombasa on the coast has 24 ° C in July and 29 ° C in March,Nairobi, which is 1800 meters high, is 15 ° C and 19 ° C. In the highlands, night frosts are common during the dry season.