Cape Verde is a republic in West Africa. The country consists of an archipelago in the Atlantic Ocean approx. 500 kilometers west of Dakar on the mainland. Consists of 10 larger islands and 5 smaller islands, nine of which are populated.

The archipelago is subdivided into Barlavento, the ‘islands of praise’ which consists of the islands of Santo Antão, Santa Luzia, São Nicolau, São Vicente, Boa Vista and Sal, and Sotavento, ‘the islands in le’: Maio, Brava, Fogo and São Tiago.

Cape Verde’s area is almost twice the size of Vestfold county. The population is 523 568 inhabitants (2012). The capital is Praia.

The former Portuguese colony became independent in 1975. The country is termed a stable democracy.

The name is after Cape Vert, ‘The Green Forge’, on the mainland of Senegal. Cape Verde’s national anthem is ‘Cântico da Liberdade’.

The islands form a horseshoe-shaped group, are of volcanic origin and mountainous. Pico de Fogo is the only active volcano and highest mountain (2825 meters above sea level). At Sal and Maio, salt is extracted on surfaces. Several places on São Tiago, Santo Antão and São Nicolau are sugar cane and banana plantations between cliffs at the foot of a mountain.

The flora is poor and resembles the flora of West Africa and the Canary Islands. Extensive forestry is ongoing.

There are several endemic (native) animal species, especially birds and reptiles. Cape Verde is an important nesting area for seabirds and has several coral reefs.

The climate is tropical, but milder than on the African mainland due to the surrounding sea. The average temperature in February is 22 degrees and in August-September 27 degrees. The rainfall is irregular and can be absent, resulting in drought. The islands in lee generally have more rainfall than the islands in the species. Hurricanes form in the waters near the islands. 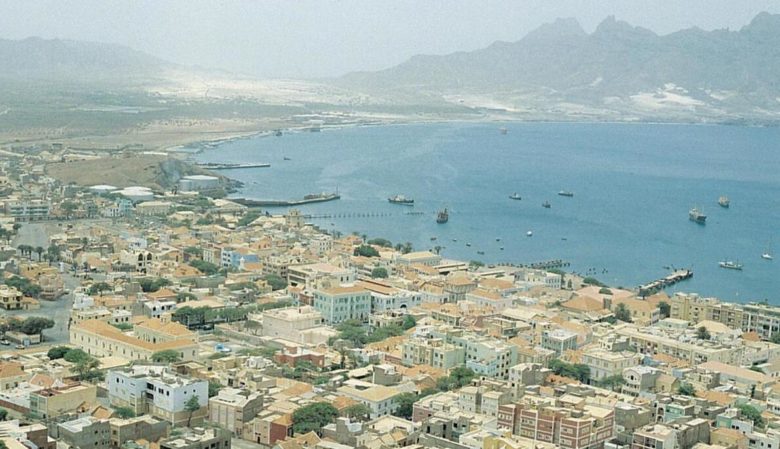 Mindelo is Cape Verde’s second largest city and has an important port. There are still many colonial-style houses here. The city is located on the island of São Vicente, which belongs to the northernmost group of Cape Verde Islands, called Barlovento. The image is taken from the paper lexicon Store Norwegian Lexicon, published 2005-2007.

About 70 per cent of the population is of mixed Portuguese and African origin, the rest are mainly black. The settlement is the closest along the coast of Santo Antão, São Tiago and São Vicente. About a third of the population lives in cities; the largest are the capital Praia and Mindelo.

More than 90 percent of residents belong to the Catholic Church. The rest are Protestants or cultivate traditional religions. It is a small Muslim minority.

Portuguese is the official language. The colloquial language is crioulo, a Creole language based in Portuguese and West African languages.

More Cape values ​​live, including 400,000 in the United States, abroad than Cape Verde.

Cape Verde is divided into 17 municipalities led by elected councils.

Cape Verde has conscription after selection. The army is approx. 1000 of the total strength of approx. 1100 people.

Cape Verde is a member of, among others, the United Nations, the World Trade Organization and the African Union ECOWAS (Economic Community of the West African States) and the Cotonou Agreement. The country has significant cooperation with Portugal.

Portuguese seafarers discovered Cape Verde Islands in 1446; the archipelago was then uninhabited. Settlement began in 1456 and the archipelago became a Portuguese colony in 1495. It gradually became important for slave trade between West Africa and South and Central America. In the islands, a Portuguese plantation economy developed where slaves were used as labor.

The slave trade was banned in 1876, and along with a severe and prolonged drought, an economic downturn occurred. In modern times, Cape Verde has been an important hub for shipping between Europe, Africa and South America.

In 1951, the status of the islands changed from colony to overseas province. After the revolution in Portugal in 1974, a transitional government was established on the islands. Independence was achieved in 1975 and Aristides Pereira became the country’s first president.

Since independence, Cape Verde has been characterized by financial problems primarily caused by drought and the relationship with Guinea-Bissau. The two countries planned a union, but the plan was abandoned following a coup in Guinea-Bissau in 1980.

As one of the first countries in Africa, the one-party state was abolished in 1990. The first multi-party parliamentary elections were held the following year and a new constitution was passed and democracy introduced in 1992.

Compared to other African countries, Cape Verde has a relatively high standard of living. In 2008, Cape Verde was placed on the UN list of the 50 poorest countries.

The country has limited natural resources and is hampered by a lack of land and fresh water.

Less than 10 per cent of the area is suitable for agriculture and more than 90 per cent of all food is imported. The most important agricultural products are corn, beans, sweet potatoes, cassava, coffee, bananas and peanuts. Bananas are the only agricultural export goods of importance. Half of the agricultural land is used for growing sugar cane for the production of space. Wine is also produced.

Animal husbandry is characterized by pigs, cattle, goats and sheep.

The fisheries are substantial, but little developed. In the catches, tuna dominates ; shellfish capture is also significant.

The industry is little developed. It consists mainly of fish products (canned goods) and the production of rooms, footwear and textiles.

Wind farms on 4 islands provide 25 percent of the country’s electricity.

Tourism has become increasingly important in recent years and hotels are built all over the country. The number of Norwegian tourists is modest, but increasing.

The primary school lasts for six years for all children aged 6-14. About half continue in high school. There are several universities and colleges.

There is one daily newspaper, one newspaper which is published twice a week and several weekly magazines.

Cape Verde has a rich literature with well-known poets such as Sergio Frusoni, Paulino Vieira and Manuel de Novas. Pedro Cardoso and Eugénio Tavares are among the founders of the literary movement of the islands. In the 1940s, classic novel literature developed with Jorge Barbosa, Baltasar Lopes da Silva and Manuel Lopez as the central names.

Dance includes the mothers, contradanza and coladeira, the latter in a modernized form called Cabo Love. In Mindelo, it is an annual theater festival. Well-known painters are Manuel Figueira and Maria-Luisa Queirós. Pottery and woven products are popular.

A popular dish is cachupa, a stew of corn, honey, beans and fish or meat. Popular sports are football and windsurfing.