Egypt’s leading role, politically and culturally, in the Arab world is reflected in the country’s media landscape, which is considered the region’s largest and most influential. In the 2000’s, this hegemony has to some extent been challenged by new entrants and especially satellite-based television stations, such as Al Jazeera (Qatar) and Al Arabiya (Saudi Arabia). Egypt has a widespread and complex media offering, with a number of newspapers and TV channels. Social media is widespread, which emerged during the uprising in 2011-2012, when they were extensively used to mobilize for the mass demonstrations.

Media freedom is guaranteed in Egypt’s constitution, but is challenged under President Abdel Fattah al-Sisi. Journalists are among the groups being persecuted and arrested under the pretext of combating terrorism, and contributing to Egypt’s extensive human rights violations.

Egypt’s influence in the region is maintained through high production of film and television programs as well. Much of this is done from the large Egyptian Media Production City (EMPC) public complex outside Cairo, established in 1992.

Already in the years after the Free Officers seized power during the Egyptian Revolution of 1952, the media was systematically used to influence and mobilize the population, both in Egypt and the Arab world at large. The popularity of Egyptian and Arab leader Gamal Abdel Nasser is attributed not only to his strategic use of radio in particular to broadcast his speeches to the entire region, but also the use of other media, especially newspapers, to influence public opinion. In the 1950’s and 1960’s, Nasser’s regime conducted a comprehensive information operation. A press apparatus through the embassies was set up, which among other things paid reporters in several countries.

Also Napoleon acknowledged the media’s influence, and brought a printing press to produce newspapers when he in 1798 invaded Egypt; the first in Africa.

As a regional superpower, Egypt continued to use special radio to reach the people of the Arab world as well as the so-called Third World. Yet in the 1980’s, Radio Cairo broadcast programs in over thirty languages.

Under Nasser, the media was controlled by the state. These included several newspapers with partly different political views, with Al Akhbar and Al-Ahram as the most important. The editor of Al-Ahram, Mohammed Heikal, was a close ally of President Nasser and articulated parts of his political thoughts. After Nasser, media control was loosened, but also his successor Anwar al-Sadat controlled radio and television, removing Heikal from the editorial position. Sadat allowed the establishment of private newspapers. Under President Hosni Mubarak, more actors, channels and platforms were added, not least television and social media – both state and private.

Egypt has a number of newspapers and magazines, both print and digital, with a trend where the online-based are gaining ground over the print. Over 20 printed daily newspapers are published. Al-Ahram, established in 1875, is still considered one of the most influential, and also publishes in English on the Internet (as well as with an English-language and a French-language weekly edition). Several political players publish newspapers, including the Wafd party with Al-Wafd. The largest newspapers are published in Arabic, but it is also published in Armenian, French and English.

Egypt is a leading regional player also in television and radio, with several state as well as private channels. Television started in 1960 and is the most popular medium. There are two state, nationwide channels and six regional. Especially since the Arab Spring and the deposition of President Mubarak, many private channels have emerged. All terrestrial stations are state owned, and there are both state and private satellite channels. Egypt was the first Arab country with its own communications satellite, Nilsat, which started broadcasting in 1998. The state channel Nile TV International targets especially abroad, with broadcasts also in English and French; formerly also Hebrew.

Egypt, even by virtue of its size, is the Middle East country with the most users of social media. It is estimated that around half of the population is connected to the internet. Mobile platforms are most widespread, and Egypt is among the countries in the world where mobile telephony is most prevalent.

From encouraging the spread of the internet before the 2011 uprising, the new regime has blocked some websites. A new cyber law of 2018 gives the government the opportunity to block places that are considered to be a threat to the national security and national economy.

Egypt also has the most Facebook users in the region; over 35 million in 2018. With the use of anti-terrorism legislation, the authorities can arrest users with a certain number of followers, because they are then regarded as political actors. Allegations of spreading fake news are also used to attack social media users.

Social media was an important factor during the 2011-2012 uprising, for disseminating information and mobilizing for demonstrations. 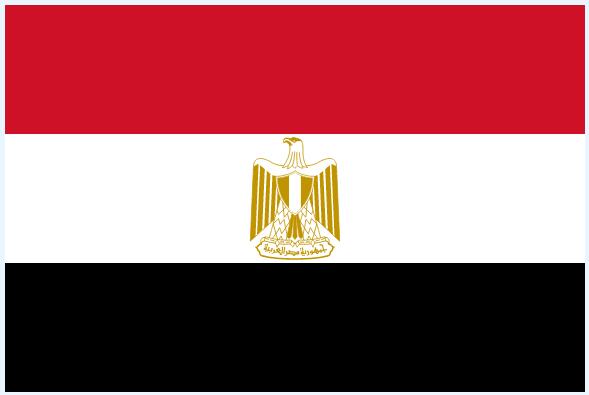