Libya’s media image has changed dramatically in the 21st century, partly as a result of the political upheaval and partly because of the technological changes. After the Libya war in 2011, when the old regime led by Muammar al-Gaddafi was overthrown, the country is divided into areas controlled by rival governments and militia groups. The politically and militarily challenging situation in Libya makes the country one of the most risky to work for journalists. Libya is also among the countries that score worst on press freedom.

During the old regime, newspapers and magazines were published by the state news agency Jamahiriya News Agency (JANA), government agencies or trade unions. Newspapers and radio dominated the media landscape, while television was expanding. During King Idris, there was some freedom of the press for a few years, but this was curtailed throughout the 1960’s. After Gadaffi seized power in 1969, the media sector was expanded; the media was nationalized and controlled by the authorities. The thoughts behind the Libyan revolution were spread through various media channels, both in Libya and in the Arab world. The government established a satellite distributed television channel, Al Jamahiriya, in 1996, as a competitor in particular to Al Jazeera.

In the early 2000’s, it was opened to non-state media players. Among the leading contractors here was Gaddafi’s son Saif al-Islam, who started several businesses – both newspapers, radio and television – through the media group al-Ghad. These had somewhat greater editorial freedom than the state media.

As an immediate consequence of the uprising that ruled Gaddafi in 2011, the old media was shut down and replaced by new ones. Several media initiatives were established in neighboring Libya before and during the Arab Spring. Some have continued to operate from abroad, or have had to relocate as a result of the security situation. It is usually unclear who owns and finances the media organizations, several of which are used in the power struggle in Libya. Both commercial and political actors are behind Libyan media; also foreign players.

After the war, satellite TV and social media in particular are prominent channels. At the same time, several newspapers are published, and the country has many radio stations and stationary broadcasters. Most, and most popular, are privately owned. State TV station Al Jamahiriya was replaced in 2012 by Al-Wataniya. It is estimated that around three quarters of the population on a daily basis use television for news access.

Radio is also a popular medium, especially stations with local content. There are both public and private radio stations in several parts of the country. Newspapers are published in several places; partly daily newspapers and partly weekly newspapers. These are characterized by small circulations in a market dominated by other media. A large number of newspapers were established in the wake of the 2011-2012 revolution; fewer have survived.

Libya opened internet connection under the Gaddafi regime, in 1997. It is estimated that around 60 percent of the population is connected to the internet (2017). As of 2017, Facebook is by far the most widely used channel on social media, followed by YouTube and Twitter. A number of online news channels have been established, including the English-language Libya Herald, in 2012. With the support of the EU and German Deutsche Welle Akademie, the online news agency Libyan Cloud News Agency was started in 2015. 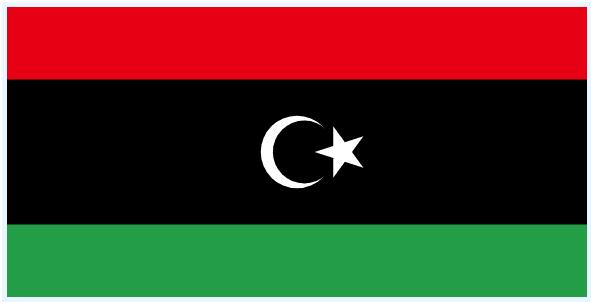