Guinea-Bissau is located in West Africa on the Atlantic coast, bordering Senegal and Guinea. Current Guinea-Bissau has belonged to the Mali Empire and the Songhai Empire, but the peoples around the Geva River were independent when the Portuguese arrived there in the late 15th century. 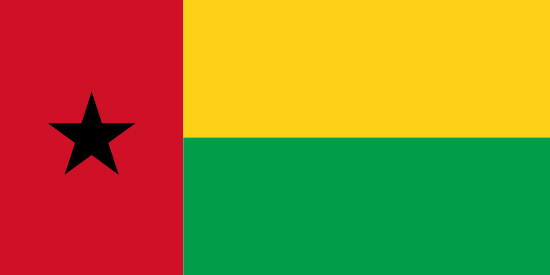 The state of Gabu was still independent into the 19th century, but otherwise the area was quickly colonized by Portugal from the coast and for a time also by Fulani people from the interior.

The colonial rule made Guinea-Bissau a pure grain supplier, where all production and trade was handled by a Portuguese monopoly: Unio Fabril. The population was hit hard, with an infant mortality rate as high as 60 percent in the 1950s and in principle no opportunity for higher education for the local population.

Amilcar Cabral was assassinated in 1974, and his brother Luis de Almeida Cabral became the country’s first president. Guinea-Bissau was characterized by oppression and one-party systems. In 1980, João Bernardo Vieira seized power in a coup, after which he increased his repression and carried out purges of dissent.

With an increasingly weak economy, multi-party systems were introduced in 1991, but Vieira managed to stay in power. The first democratic elections were held in 1994. In 1997, the currency was changed to the CFA franc, as hyperinflation on the then domestic currency, the peso, made trading difficult.

In 1998, a bloody civil war broke out and led to the fall of the president in 1999. The country was ruled by a military junta until elections were held in 2000, with Kumba Yala becoming the new president. In 2003, a bloodless military coup took place in which Yala was arrested for “failing to solve the country’s problems”. Since then, the country has had an interim president.

Guinea-Bissau is one of the ten poorest countries in the world and the income gap is among the largest in the world. In 2003, about 57 percent of the adult population was illiterate.

Tourism is limited in the country, but there is sport fishing tourism to the archipelago off Guinea-Bissau, where there is a lot of untouched fishing waters.

Electricity and electrical outlets in Guinea-Bissau 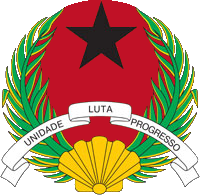 Peanuts, hardwoods, copra, palm oil and rubber are grown and extracted around the area. The city was founded in 1687 by the Portuguese. The city first became the official capital of Portuguese Guinea in 1942 but was replaced between 1973-1974 by Madina do Boe.