Botswana is located on the South African Highlands, approx. 1100 masl Most of the country consists of a dry plain with wide, gentle recesses ( pans ) and some higher ridges. Most of the country is covered by mighty sand deposits, only in the east the solid mountains emerge today. The only stable watercourses are found in the north, where Okavango, which originates in the highlands of Angola, forms an extensive swamp area, the Okavango swamp. Further east, the Makgadikgadi Salt Pan is alternately dry and wet as the season approaches. 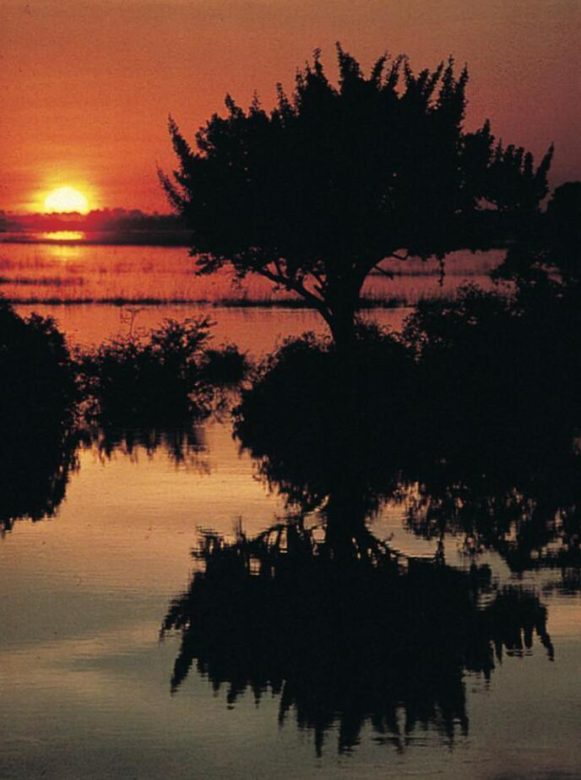 The climate is subtropical with summer temperatures up to 40 °C, while the nighttime temperatures in winter can go significantly below zero. Precipitation varies from 250 mm in the southwest to 700 mm in the far north, and falls mainly during the period November-March. The average temperature in Maun , located northwest of the Okavango Delta, is 16 °C in June-July and 27 °C in October. 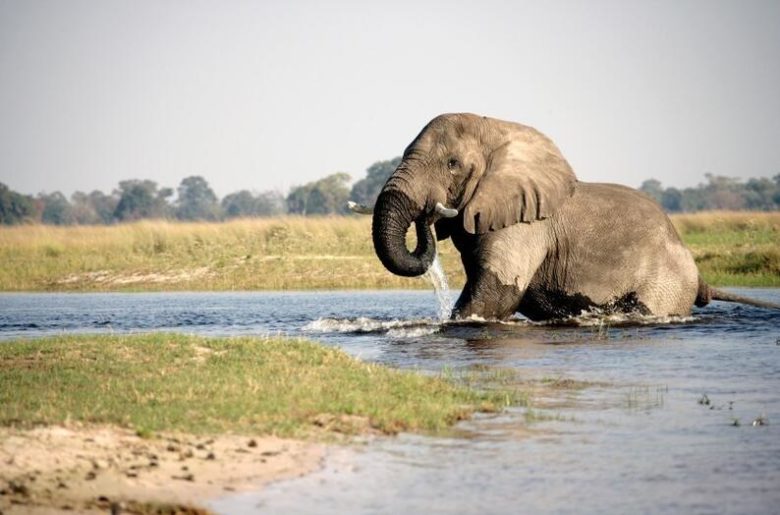 Botswana has an elephant population of about 120,000 animals.

Plant and Wildlife in Botswana

In the south and west the Kalahari Desert extends into Botswana. 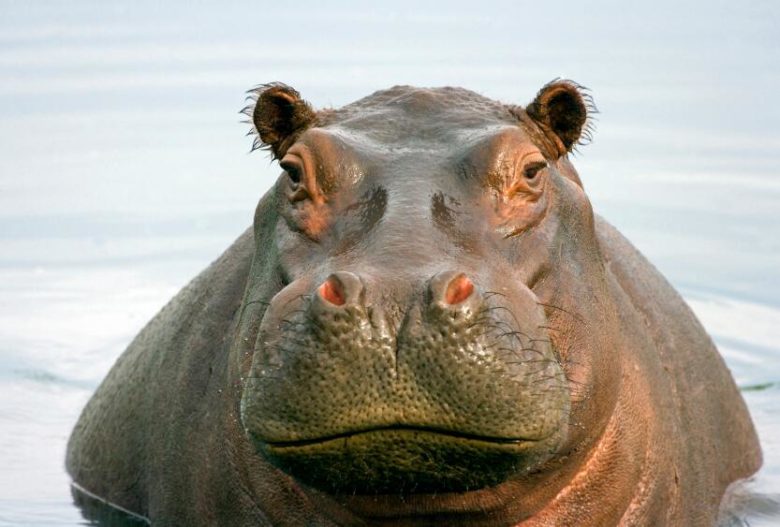 Hippos. Hippopotamus has only a few hairs. – From Okavango, Botswana.

Botswana has no comprehensive written literature. There is a considerable oral dictation tradition that has been gathered to some extent and which has also been struck down in some books written on tswana. The two best-known authors are Michael Ontepetse Seboni (b. 1912), who wrote poems, and Leetile Disang Raditladi (1910-71), who published two historical dramas and a collection of poems. The best known author associated with Botswana is Bessie Head, who was born in South Africa but moved to Botswana in 1963 and wrote her most important books there.