A considerable part of the early Kenyan literature consists of autobiographical and anthropological imprints. The most famous of these is Facing Mount Kenya (1938) by Jomo Kenyatta. Mention should also be made of Child of Two Worlds (1964) by Reuel John Mugo Gatheru and accounts of the Mau-Mau uprising by writers such as Josiah Kariuki. 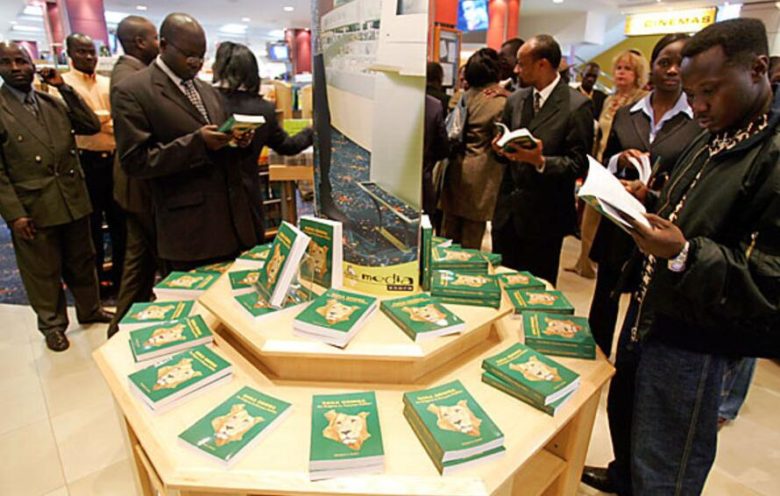 The great Kenyan author is Ngugi wa Thiong’o, who in many ways can be said to have begun a heyday in Kenyan literature when he published his first novels in the mid-1960s. In addition to novels, he has written short stories, drama and essayistics. He has also been a significant political and cultural force, both through his strong and principled criticism of the government, which led to his imprisonment and then exile, and his argument that African writers must write in African languages. This he has taken the consequence of by publishing his latest novels on kikuyu thus helping to lay the foundation for a literary tradition in this language.

The Mau-Mau rebellion and the struggle for independence play a significant role as a subject of Kenyan literature. Ngugi has addressed this theme in his perhaps best novel, A Grain of Wheat (1967), and has been followed by Meja Mwang in Carcass for Hounds (1974) and Taste of Death (1975), Leonard Kibera in Voices in the Dark (1970) and Godwin Wachira in Ordeal in the Forest (1967).

The Kenyan literature is one of the richest in English-language Africa, which is partly due to a relatively well-developed publishing system where the foremost publisher is East African Educational Publishers. There is also a vibrant popular literature that has transplanted genres such as melodrama and Crimea into a Kenyan context. Among the most popular authors are Charles Mangua, David Maillu and Mwangi Ruheni, who link a popular form with social themes. On the whole, the socially conscious literature stands strong in Kenya; An example is Thomas Akare with the novel The Slums (1981). Among the younger authors are MG Vassanji, who was born in Kenya, raised in Tanzania and resides in Canada, including the novel The In-Between World of Vikram Lall (2003).

Kenya also has a significant women’s literature tradition. The leading writers are Grace Ogot and Rebeka Njau ; the latter has among other things written the strong novel Ripples in the Pool (1975).

Foremost among the lyricists is Jared Angira, who has published a number of poetry collections, such as Silent Voices (1972) and Cascades (1979).