The education system in Nigeria is based on the British model and is coordinated by the Nigerian Ministry of Education. Schooling is seen by the people as a prerequisite for rapid economic advancement.

The education system is based on the so-called 6-3-3-4 principle: Schooling is compulsory for children between the ages of 6 and 15. School attendance for elementary school and lower secondary school (JSS) is free of charge.

The secondary schools are chargeable, so that many families cannot afford to send their children to school. There are also many church-sponsored schools that are also chargeable. In the Islamic north there are also numerous Koran schools in which the teaching of the Koran and general knowledge about Islam is imparted. For many families in the north of the country, Koran schools are the only way to access affordable educational opportunities for their children to receive.

In addition to the three oldest universities – University of Ibadan (UI), University of Nigeria (UNN), Nsukka and Ahmadu Bello University (ABU), Zaria – Nigeria has numerous state, federal and private universities. There are also a large number of universities and technical colleges, most of which are located in the south of the country.

Since the return to democracy in 1999, the Obasanjo (1999-2007), Yar `Adua (2007-2010), Jonathan (2010-2015) and Buhari governments have promised to work to improve education in Nigeria, but have done little. Consequence: The educational offers at the three levels of the Nigerian education system (primary, secondary and tertiary) are qualitatively inadequate. Not only is the equipment in schools across the country in a catastrophic state, many schools even lack classrooms. Against this background, private schools in the country are very popular. However, only wealthy families can afford this.

Much of the state and federal universities have also been in a precarious state for decades. The lack of funding for the infrastructure and staff has led to a steady decline in secondary educational institutions. The lack of infrastructure and poor pay for teaching staff are in turn the cause of frequent strikes by university teachers who want to draw attention to the precarious situation and campaign for better pay and better study conditions. According to historyaah, the strikes often lead to lectures being canceled for weeks or months and thus have an additional negative effect on the quality of higher education in Nigeria.

Although the 1999 Nigerian Constitution guarantees gender equality, the reality is different. Nigeria is still a long way from achieving the goal – formulated by the Obasanjo government in the “National Policy on Women” in 2002 – of increasing the proportion of women in parliament by 30%. In the 2019 parliamentary elections, only seven female senators from a total of 109 were elected to the Nigerian upper house, the Senate. In addition, the new President Buhari only offered seven women one of the 43 ministerial posts. That makes Nigeria – also in comparison with other West African countries – with a share of only 5.6% women in parliament, comparatively poorly positioned in terms of equality. According to the Global Gender Gap Report of 2020, Nigeria ranks 128th out of 153 countries examined and thus scores comparatively poorly.

The gender ratio is clear within the rural population, as life is still strongly determined by traditional laws and practices. However, there are major differences – depending on ethnic composition, religious affiliation and region.

A large number of women’s organizations in Nigeria are committed to gender equality.

At the end of 2016, the Sultan of Sokoto, the spiritual leader of all Muslims in Nigeria, rejected a draft law on equality. This aimed to ensure that men and women should in future be equal in inheritance law. The Sultan of Sokoto justified his rejection by pointing out that this draft violated Islamic law, according to which men should be given preference in inheritance law.

43% of Nigerian girls and women before their 18th birthday married, 17% before their 15th birthday. Child marriage is an increasingly critical issue in the Nigerian public. Numerous protests are currently forming against the marriage of children, which is still widespread.

Sexual harassment is ubiquitous in many areas of Nigerian society. In universities, for example, many university professors use their power to sexually coerce women. According to a BBC report, for example, high-ranking lecturers at the University of Lagos force female students into sexual acts in order to get good grades.

Homosexuality is forbidden and punishable in Nigeria. In 2014, President Goodluck Jonathan signed the Same Sex Marriage Prohibition Act (SSMPA). According to this law, same-sex marriages can be prosecuted for up to 14 years in prison. According to a report by Human Rights Watch released in October 2016, the law has added further stigma to lesbians and gays in Nigeria. These are often harassed and ill-treated by the police and bullied by the population and pursued by vigilante justice. Also condemned the Anglican Church in NigeriaHomosexuality publicly as “poison for society”, which contributes to the decay of social values and culture. According to a study from January 2017, more than 90% of Nigerians reject homosexuality. However, the study also finds that the number of Nigerians who are tolerant of homosexuality has increased slightly in recent years.

Around 25% of girls and women between the ages of 15 and 49 are circumcised in Nigeria. On May 5th, 2015 the Nigerian House of Lords, the Senate, passed a law banning female genital mutilation (FGM). With the law, which came into force in June 2015, the Nigerian government, under outgoing President Goodluck Jonathan, took the historic step towards outlawing the practice of female genital mutilation. 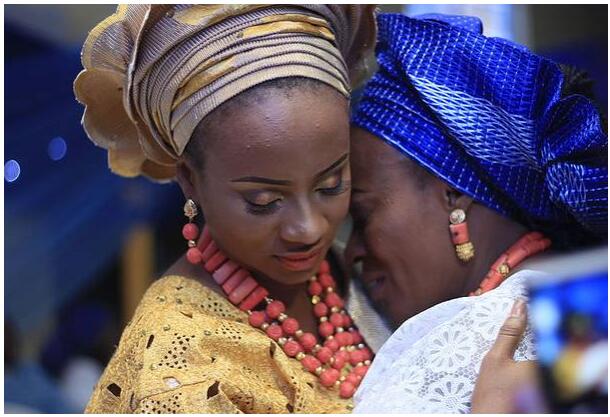