The Gambia is located in West Africa on the Atlantic, bordering Senegal, which completely surrounds the country. The Gambia is the smallest state on the surface on the African continent. Gambia became a British crown colony in 1843 and independent in 1965. In 1982, Gambia and Senegal formed a federation, Senegambia, which ceased in 1989. In 1991, the two countries signed a friendship and cooperation agreement. 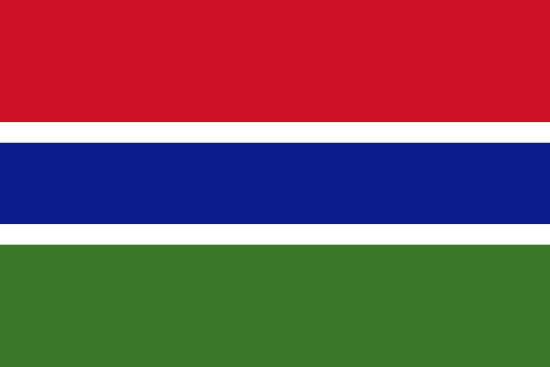 The president was overthrown in a military coup in 1994 and at the same time all political activity was banned. Two years later, a democratic presidential election was held and the following year a parliamentary election. Tourism, which is an important part of the country’s economy, has declined in recent years.

Kunta Kinte, who is one of the main characters in the book Roots by Alex Haley, came from Gambia.

The following objects in the Gambia are listed as a UNESCO World Heritage Site.
The year in which the item was added to the list is indicated in parentheses.

Electricity and electrical outlets in Gambia

According to Countryaah, Banjul is the capital of Gambia, and the entire metropolitan area has 523,589 residents (2003). The city is located on St Mary’s Island, at the mouth of the Gambia River facing the Atlantic Ocean.

Banjul is the main metropolitan area of ​​Gambia and is the country’s economic and administrative center. Peanut production is the country’s main industry, but also beeswax, palm wood, palm oil and hides are shipped from its port.

The city was founded by the British in 1816 as a trading post, and as a base to bring down the slave trade. At that time, the city went by the name Bathurst, after Henry Bathurst. The city changed its name in 1973.

Juffure is a city in Gambia located on the north side of the Gambia River. It is known to be the place where Alex Haley’s ancestor Kunta Kinte was abducted by slave hunters in the 18th century, in the book Roots. In Juffure there is also a museum entirely dedicated to the history of slavery.

Serrekunda is Gambia’s largest city, and is located southwest of Banjul. It is known for its markets, its silk cotton trees and its wrestling arena. Nearby cities are Kanifing, Latrikunda, Sukuta and London Corner.