Benin is located in West Africa on the Gulf of Guinea and borders Burkina Faso, Niger, Nigeria and Togo. During the 15th century, today’s Benin was a prominent West African kingdom, and at that time it was called Dahomey. The area was taken over by France in 1892 and in 1899 became a French colony within French West Africa. The last king, Béhanzin, was banished to Martinique. 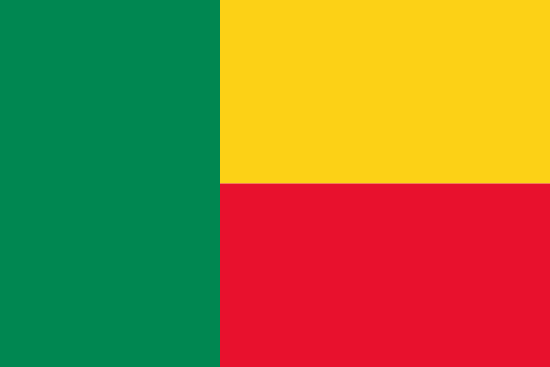 The country became independent in 1960 as the Republic of Dahomey, and in 1975 changed its name to Benin. From independence, the country was ruled by military governments. During the first years of independence, there was a constitution that included three simultaneous presidents, one of whom was “vice president” for one year. This dignity then circulated during the term of office between the three.

Benin’s economy is underdeveloped and depends mainly on agriculture, cotton cultivation and regional trade. To improve the economy, there are plans to get more foreign investment in the country and to invest in tourism. Benin has had part of its foreign debt written off through agreements, and is a recipient of financial support from abroad.

Voodoo is the country’s state religion and 60 percent of the population practices this religion.

The following objects in Benin are listed as a UNESCO World Heritage Site.
The year in which the item was added to the list is indicated in parentheses.

Electricity and electrical outlets in Benin 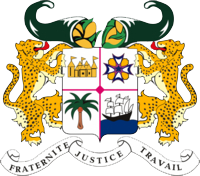 Cotonou is the legislative, legal and real capital of Benin, although Porto-Novo is the official capital. Cotonou has 719,912 residents (2006), and is the country’s largest city.

The settlement continues to grow, mainly to the west. Cotonou is located in the southeastern part of the country, between the Atlantic and Nokoué. Cotonou is an important hub with, among other things, the textile and food industry. Two-thirds of the industries and headquarters of the largest companies and banks in the country are located in Cotonou.

Cotonou’s autonomous port is one of West Africa’s largest. The city is connected to Parakou in the northern part of the country via the Benin-Niger railway. Cotonou International Airport has routes to the region’s capitals and France, as well as to Benin’s main cities: Parakou, Kandi, Natitingou, Djougou and Savè. There are also road links with neighboring Nigeria, Burkina Faso, Niger and Togo.

Thanks to these connections, Cotonou has become a hub in West African trade, with much transport from Abidjan due to the civil war in Côte d’Ivoire. The city is a so-called “market city”, which enables trade with countries in the interior of Africa, such as Mali, Burkina Faso and Niger. In addition to the port, there is a free trade zone for the coastal states around the Sahara.

Ganvie is a town on Lake Nokoué, near Cotonou, and has about 20,000 residents. It is built entirely on water, and is the largest of its kind in Africa. The city that is sometimes called the “Venice of Africa” ​​is popular with tourists.