The Tutsi, the Hutu and the Twee people each have their own music traditions which form the basic elements of Burundi’s music. Drum ensembles, ingoma, with 24 drums in a semicircle around a drum in the middle, are common. The music is based on a fifteen scale, and in the song there are finer scale divisions which may indicate Arabic influence, especially among the Tutsis. The most important string instrument is inanga, a trough-shaped zither, used both as a solo instrument and to accompany song. Music bow, one-string fiddle, likembe (mbira or thumb piano) and whistles are also common. The song is mostly unanimous, but the twee people have a rich vocal polyphony with hints of jodel effects that are also found among other pygmy people in Africa. 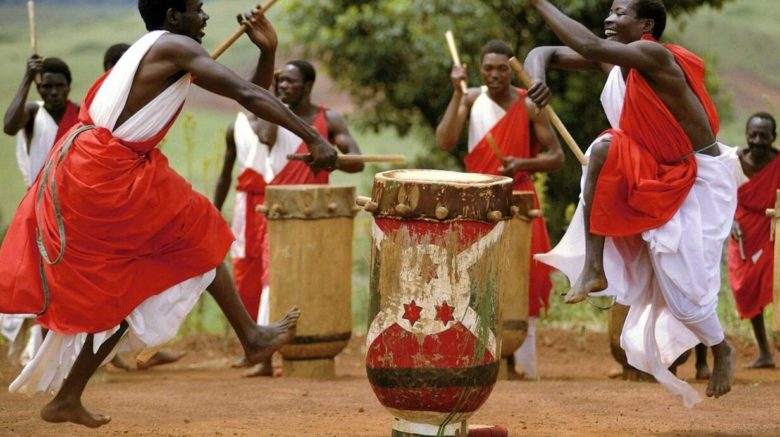