Liberia is located in West Africa on the Atlantic Ocean, bordering Guinea, Sierra Leone and the Ivory Coast. In 1821, the American Colonization Society seized land from a local chief, and within the next few years, six thousand freed slaves were shipped from mainly the cotton plantations in the American southern states of Virginia, Georgia and Maryland. 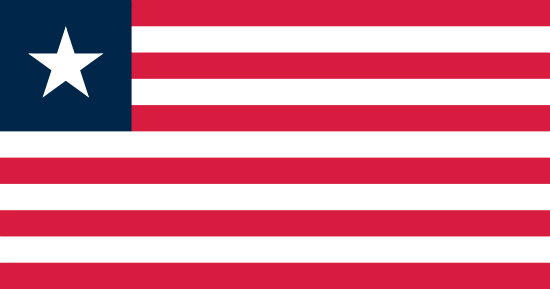 The American Colonization Society intended to make amends for former slaves by returning them to Africa. The ACS led the new colony until it became an independent republic in 1847. The

name Liberia comes from the Latin word liber, which means ‘free’, and the new residents called themselves americo-liberians. In the new country, they tried to live a life reminiscent of landowners in America, with similar attire – wigs, evening dresses, gloves and fortified crinolines. Few American Liberians were literate, or had professional skills. Soon, the various tribes of origin in the country were paradoxically enslaved again and even sold as slaves to other colonies such as Guayana and Fernando Póo (now part of Equatorial Guinea). This lasted until the end of the 1920s when the League of Nations intervened.

Long before the creation of the white South African apartheid system, it was applied in Liberia between blacks and blacks, with illicit contacts and, above all, forbidden marriages. The American Liberians, who were a 10 percent minority, thus succeeded in ruling over the rest of the country’s population, who were considered low-lying savages.

In 1980, Sergeant Samuel Doe, a native of the Krahn tribe, led a military coup and executed incumbent President William R. Tolbert Jr. with a machete. Thirteen of his ministers were also killed. Doe proclaimed himself president, although he had a rather vague idea of ​​what he was expected to do. That he survived in power until 1990 was interpreted by the voodoo-influenced public that he possessed magical powers and was protected by strong spells. Doe surrounded himself with the Krahn people, who were largely illiterate and lived without contact with modernities, and clung to power by murdering all potential challengers.

Doe had a habit of preventing potential uprisings by preventively executing any “suspects”. In 1985, his former commander-in-chief, Thomas Quiwonkpa of the Grio tribe, attempted to stage a coup. He was chopped to pieces and, among other things, his heart was consumed in a cannibalistic ritual meal. Another hundred or so supporters were executed.

Charles Taylor, a former Doe minister who fled the country after a corruption scandal in 1984, started a civil war in 1989 with the help of the National Patriotic Front of Liberia (NPFL) and another former Doe supporter, Prince Yormie Johnson.

Doe was killed during videotaped torture by Prince Yormie Johnson while being demanded on his bank account number. The video was then sold at local markets. In 1997, the Civil War ended and an election was held in which Charles Taylor was elected president. His National Patriotic Party (NPP) won 49 of 64 seats in the House of Representatives and 21 of 26 seats in the Senate.

Liberia soon became involved in new unrest in Sierra Leone through its support for the RUF rebels and its desire to gain control of the diamond mines in Sierra Leone. The UN and the EU demanded that Liberia break with the RUF and leave the conflict. Sanctions were imposed on the country, even after Taylor broke with RUF.

In 2002, a nationwide campaign and a civil war began against Taylor who was seen as a criminal by large sections of the population. The rebels, the Liberians United for Reconciliation and Democracy (LURD), led by Charles Julu, former chief of staff at Doe, and the Movement for Democracy in Liberia had some success. The rebels were supported by neighboring Côte d’Ivoire, Sierra Leone and Guinea. In 2003, peace was made and Taylor resigned as president. In the 2005 presidential election, former Finance Minister Ellen Johnson-Sirleaf won the presidential election over football legend George Weah. She took office in 2006.

In the Civil War, 200,000 Liberians were murdered. The abuses of the civilian population were severe and over half the population fled to neighboring countries. It is estimated that about 15,000 child soldiers took part in the war. In 2003, a fragile peace was concluded. In 2003, just over 40 percent of the adult population was illiterate.

The country has a racist constitution which states that only blacks can become citizens, which means that land can only be owned by blacks in Liberia.

Electricity and electrical outlets in Liberia 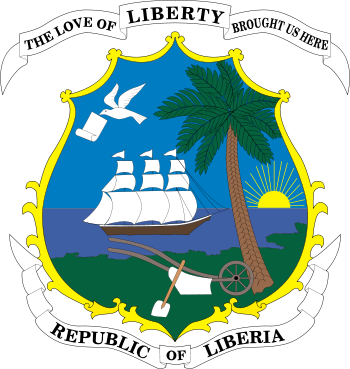 According to Countryaah, Monrovia is the capital of Liberia, and has 1 million residents (2008). It is located on a peninsula between the Atlantic Ocean and the Mesurado River and is a major port.

The area was already populated when it was christened Cape Mesurado by Portuguese seafarers in the 1560s. However, the city was not founded until 1822, when the island of Providence, which today is connected to the city center via a bridge, was populated by American liberated slaves. The city was named after James Monroe, the then US president. It is the only capital outside the United States to be named after a US president.

Monrovia is Liberia’s administrative, commercial and financial center. The city’s economy is dominated by its port, which was greatly expanded by American troops during World War II. The main export consists of latex and iron ore. The port also has large storage and repair facilities.