The Comoros is an archipelago located in southern Africa, consisting of three islands; Grande Comore (Njazidja), Anjouan (Nzwani) and Moheli (Mwali). The Comoros also claims the island of Mayotte, which belongs to France. 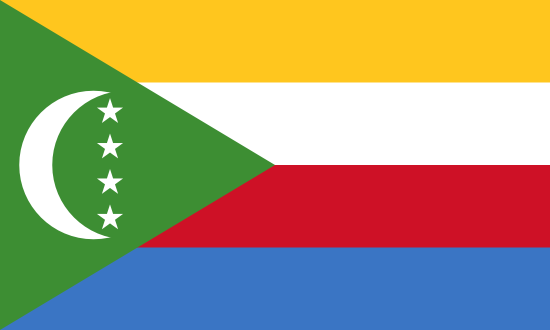 For centuries, the Comoros has been inhabited by various ethnic groups from the east coast of Africa, the Persian Gulf, Indonesia and Madagascar. Portuguese explorers visited the archipelago in 1505. At about the same time, Persian Muslims introduced Islam to the islands.

From 1841 to 1912, France included the islands in their African colonial rule and had them administered by the Governor-General of Madagascar. French immigrants and companies as well as rich Arab merchants together created an economy based on the export of crops from large plantations on the islands. In July 1975, the Comorian Parliament declared its intention to break with colonial power in France. Ahmed Abdallah was elected the country’s first president and declared the Comoros an independent state the same year.

Since then, the Comoros has experienced 19 coups or coup attempts. In 1997, the islands of Anjouan and Mohéli declared independence from the Comoros. In 1999, the military commander Colonel Azali took power. He tried to cope with the crisis with Anjouan and Moheli by creating a confederation called the 2000 Fomboni Accord. At the end of 2001, the new constitution was approved and presidential elections took place in the spring of 2002. Each island in the country then elected its own president and a new president of the Union took the oath of office in 2002.

In 2001, Mohamed Bacar seized power on Anjouan and proclaimed the island’s independence. Comorian forces, with reinforcements from the African Union (AU), only succeeded in 2008 in regaining control of the island and forcing Bacar to flee. In 2008, a second round of presidential elections was held in Anjouan. Political veteran Mohamed Djaanfari then defeated challenger Moussa Toybou.

Electricity and electrical outlets in the Comoros 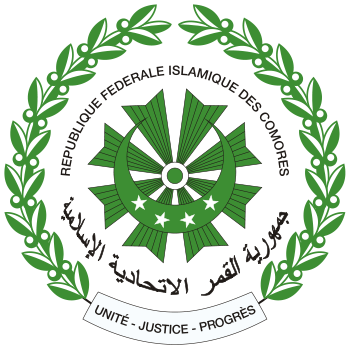 According to Countryaah, Moroni has been the capital of the Comoros since 1962, and has 60,200 residents (2003). It is located on the west coast of the island of Grande Comoros. Moroni is the country’s largest city and commercial center with food industry and oil refinery.