Algeria is Africa’s second largest country on the surface, after Sudan, and the world’s eleventh largest in rankings. It borders Tunisia, Libya, Niger, Mali, Mauritania, Morocco and Western Sahara. In the north, Algeria has a coast to the Mediterranean, and thus a sea border to Spain.

Rock paintings in Tassili, Sahara show that hunters lived in the area during the Neolithic and that there were plenty of elephants, buffaloes, giraffes and other animals in what is now just a barren desert. From the hunter-gatherer culture, the indigenous Berbers also developed animal husbandry and agriculture.

In 1834, Algeria was declared a French colony, but later the country gained almost the status of part of France. A war of liberation against the French colonial power began in 1954. The National Liberation Front (FLN) had the support of all Muslim sections of society. The colonists, now over a million, opposed Algerian independence. Their battle cry “a French Algeria” was also embraced by parts of the French army. Open war broke out with terror against civilians from both sides.

In 1962, the country became independent after more than seven years of war that cost perhaps more than a million Algerians their lives. Over a million French people moved “home” to a France in which the vast majority were not born. They left behind a fragmented country and a poorly educated population.

The petroleum industry is the most important industry in Algeria, accounting for 30 percent of GDP and over 95 percent of export earnings. Algeria has the world’s fifth largest natural gas reserves, and is the world’s second largest natural gas exporting country. In terms of oil, the country has the world’s fourteenth largest reserves. To reduce dependence on a single industry, the government is trying to get investment in other industries, but it still has problems with high unemployment and a generally low standard of living.

The following objects in Algeria are on the UNESCO World Heritage List.
The year in which the item was added to the list is indicated in parentheses.

Electricity and electrical outlets in Algeria 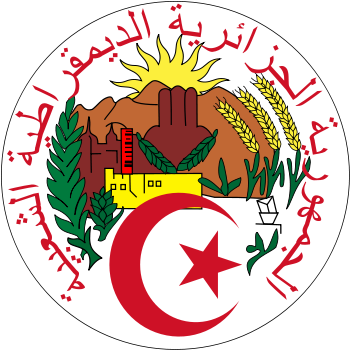 According to Countryaah, Algiers is the capital of Algeria, and has 2.9 million residents (2008). The city is located on a bay along the Mediterranean coast. It was founded by the Phoenicians and was known in Roman times as Icosium. Algiers became the capital of Algeria after the country’s independence in 1962.

Oran is a city in northern Algeria, on the coast of the Mediterranean Sea, with 798,000 residents (2007). Oran is the country’s second largest city. Oran became known all over the world when Albert Camus received the Nobel Prize in Literature in 1957. One of his most famous works, The Plague, takes place in the city. From Oran also comes the musical style raï.