The History of Benin


According to tradition, Benin was founded in 1625 by the king of the fon people, Dakadonou. The Fon and Yoruba people were in constant conflict selling their prisoners of war as slaves. The slave trade was very widespread, especially in the 18th century, and gave the coastal route between Lagos and Accra the name Slave Coast. Several small kingdoms existed in the area, which later became Dahomey and Benin. There was widespread European rivalry, with the French on the one hand, and British, Germans and also Brazilians on the other, fighting for economic foothold and later on colonial rule.

In 1851, the French signed a friendship agreement with the King of Dahomey. A French protectorate was established over the kingdom of Porto Novo in 1863, but declared five years later, and then proclaimed again in 1883. Several protectorates were established, and in 1890 the French gained control of Cotonou, following an agreement with the king there. He later came into conflict with France, which established the Dahomey colony, and in 1904 incorporated it into French West Africa.

After World War II, Dahomey was still ruled by France as part of French West Africa, but in 1960 this colonial world was dissolved. On August 1, Benin became independent under the name Dahomey.

Three political leaders came to dominate the country’s politics for many years: Hubert Maga from the north, Justin Ahomadegbé in the middle of the country, and Sourou-Migan Apithy in the southeast. These three led the coalition group Party Progressiste Dahome, which was formed immediately before independence, but which soon split. The first elections in December 1960 were won by the Parti dahoméen de l’unité,led by Maga, who became Dahomey’s first president. In 1963 he was deposed in a military coup, and Colonel Christophe Soglo was head of state until a new government was formed after the 1964 elections. It was led by Apithy, with Ahomadegbé as prime minister, before Colonel Soglo forced them to retire in 1965. He then became himself deposed in a new coup, led by Major Maurice Kouandeté, 1967. He became prime minister, with Colonel Lieutenant Alphonse Alley as head of state. Presidential elections were held in 1968, but Maga, Ahomadegbé and Apithy were refused to stand, after which the elections were boycotted and canceled.

A new military regime, with Émile-Derlin Zinsou as head of state, was formed. He was deposed in a coup in 1969, and Colonel Lieutenant Paul-Émile de Souza seized the leadership of a military council. In 1970, another presidential election had to be canceled, when the three candidates Maga, Ahomadegbé and Apithy got about the same number of votes. The Military Council decided to give the three powers of division, where the presidential position would rotate. Maga first took office, and was succeeded by Ahomadegbé in 1972. The same year the experiment ended when Major Mathieu Kérékou seized power in a military coup.

Kérékou formed a military national revolutionary council and instituted a nationalist policy. In 1974, he declared Marxism-Leninism as the country’s official ideology. A number of business enterprises were nationalized. In 1975, the country’s name was changed from Dahomey to the People’s Republic of Benin, and the country’s only party, the Parti de la Revolution populaire du Bénin (PRPB), was established. In 1979 elections were held for a National Revolutionary Assembly. At the PRPB’s first ordinary congress in 1979, Kérékou was appointed as the only candidate for the presidency, and he was elected by the National Assembly in 1980; reelected in 1984, then resigned from the military ranks and elected as civilian president in 1987.

Following strong popular pressure, a process of democratization began in 1989-90 and Marxism-Leninism was abolished as official ideology. In 1990, a national conference was convened to discuss the country’s political and economic situation. The conference mandated itself to appoint a commission tasked with drafting a new constitution. President Kérékou was asked by the conference to resign, which he accepted, but he was given the opportunity to continue to rule with diminished power for another year, until free elections were held. The conference also decided to establish a prime ministerial office, and appointed Nicéphore Soglo as interim prime minister.

Free elections were held in 1991. The presidential election was won by Prime Minister Soglo, who won over Kérékou. In the National Assembly elections that year, 24 parties participated, and an alliance of three parties supporting Soglo came out strongest.

Soglo’s government faced opposition to economic policy, and there were various forms of protests. In 1992, a group of officers were arrested, accused of planning a coup. Some of these escaped, and were the same year behind a military uprising in the north, which was, however, turned down. The absence of a clear majority in the National Assembly weakened the decision-making power, but Soglo ruled through alliances, and his position was somewhat strengthened when a group of parties supporting the president’s policies joined forces in the Le Renouveau group, which had 34 deputies from 10 parties. Soglo, until then partyless, entered the Parti de la Renaissance du Bénin(RB), formed by his wife, Rosine Soglo 1992; In 1994, the president became the party’s leader. In the same year, extensive protests came as a result of a central decision to devalue the multinational CFA by 50%.

At the 1995 parliamentary elections, RB got 20 seats. The second largest was the Parti du Renouveau démocratique(PRD) with 19. At the 1996 presidential election, President Soglo was beaten by his predecessor Kérékou, who implemented a national reconciliation policy and continued his former liberalization policy – which was again met with widespread protests. A major wave of strikes took place in 1998, and the campaign before the 1999 parliamentary elections was marked by civil unrest. Again, RB was greatest; the second largest was the new PRD. Kérékou made the fight against corruption a pivotal one, and a commission revealed in 1999 widespread irregularities. The strong trade union movement was behind new strikes in 1999 and 2000, and again in 2002, linked to economic conditions. Kérékou ran for re-election in 2001, again with Soglo as the foremost opponent. In the second and decisive round, Kérékou received 84.1% of the vote, and was re-elected for a new term, to be followed by the independent candidate Yayi Boni after the 2006 election; Kérékou – who had passed the age limit of 70 years – did not ask.

The election of a new National Assembly 2007 was won by a broad coalition supporting President Boni: Forces Cauris pour un Bénin Emergent (FCBE), with the Alliance pour une Dynamique Démocratie (ADD) as the second largest party. Shortly before the election, there was an assassination attempt against the president’s brief. Later in the year, the president himself led a people march against corruption.

Both during Soglo and Kérékou’s second term, Benin’s position as a pioneer of democratization in Africa was reaffirmed; a policy pursued by President Yoyi Boni. Not least because of this, the country has, under changing regimes, succeeded in maintaining good relations with the West, especially France and the US, as well as other countries in West Africa. The close relations between Benin and France were somewhat weakened after the 1972 coup and up to democratization. after President Jacques Chirac’s 1995 state visit when Benin hosted the country summit in the French-speaking part of the world.

President Boni made his first state visit to France in 2006, when a new cooperation agreement between the two countries was signed, empty. 2010. Society includes politics and culture as well as economics. Relations with the United States were also weakened under the military rule of the 1970s and 1980s, and when US President George W. Bush embarked on his Africa tour in Benin in 2008, he was seen as a salute to the country’s policy of democratization and anti-corruption. Having established diplomatic relations with China in 1964, Benin chose in 1966 to recognize Taiwan, then returned to China after the 1972 coup, after which the two peoples Republics developed close relations. In recent times these have been reinforced again, among other things. through President Boni’s state visit to Beijing in 2006. Venezuela’s President Hugo Chavez visited Benin in 2006 and pledged assistance to the oil sector.

In 1997, joint military exercises were held between Benin, Burkina Faso, France and Togo in Benin. The West African partner organization ECOWAS held its summit in Cotonou the same year. Benin played an active role in settling the civil war in Liberia in the mid-1990s and beyond, and has contributed to peace diplomacy in Guinea-Bissau and Togo as well. Furthermore, Benin has deployed soldiers in the ECOWAS ECOMOG force in Liberia and Guinea-Bissau, and to UN peacekeepers in Ivory Coast and Congo. In 2002, Benin joined the regional cooperation organization Communauté des Etats Sahelo-Sahariens (COMESSA).

Benin’s relationship with neighboring Nigeria is of great importance to the country’s economy and is normally stable and good. In 2000, disputes re-emerged with Niger around which country several small islands in the Niger River belonged. Mediation from the OAU did not progress, and the countries agreed in 2002 to refer the conflict to the International Court of Justice in The Hague, after which Benin 2007 had to surrender control of the island of Lete to Niger. In 2001, Benin, and other countries in the region, came in the spotlight related to reports of child smuggling used for illegal labor. 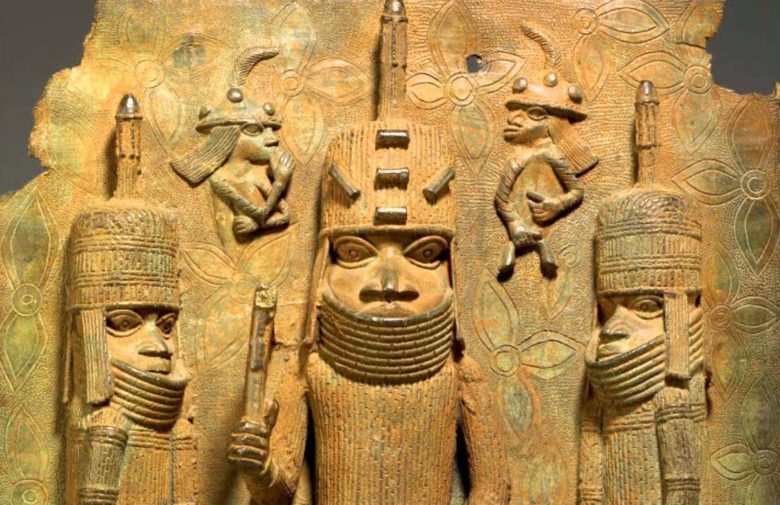