Samsung is serious about the monitor market. Launching several models to meet the many consumer segments, the company is highlighted by uniting innovative design and a number of unique features.

Recently, the Korean manufacturer sent us the S23B550V monitor, an intermediate model that features HDMI inputs, multimedia functionality, MHL standard compatibility (which certifies the ability to play HD content from a portable device) and more on a 23 inches.

We use and abuse all the features of the device.Today, we will tell you how this monitor came out in the different scenarios of our analysis.Below you can see the product specifications:

Visual in the mold of Korea

Major design innovations (such as the T27B750LB ) are always welcome, but not necessarily an abrupt change in the curves of a device that makes it look better.In the case of the Samsung S23B550V, there is not a very large visual impact.

This LED monitor is just one more midline, so its look follows the pattern of other models previously marketed.On the front, below the screen, the display has some capacitive buttons that give access to the menu, make it easy to change the video inputs and adjust the volume of the sound.

With reduced thickness, thin edges and a transparent frame, this device transpasses elegance, being perfect for you to use in the office or in the bedroom.It is worth noting, however, that the power source is not installed inside the device, a detail that can take away some of the beauty of the monitor.

Although it can not act as a television (it does not have tuner), this Samsung monitor is perfectly suited for you to connect your video game or other device that uses HDMI or VGA connections.

The bottom of this monitor is slightly larger than the top edge.This is necessary so that the interior of the device can house the speakers (which are not the most powerful) that guarantee multimedia capabilities to the display.

Taking advantage of what we are talking about games, it is worth commenting that the S23B550V is a very good model for those who need low response time.In our tests, after configuring the video card and the games, the display did not present problems of screen tearing or similar ones.

Be it an FPS where you need to have accurate feedback or a racing game that gets much more fluid running at 60 frames, the monitor does not leave anything to be desired.Of course, if the video card fails frames, the display does not have much to compensate for the problems.Overall, the response time of 2 ms is perfect for any activities.

A world of distorted colors

First of all, we mean that we are fully aware that this monitor is not an HP DreamColor, nor did we intend to compare it to high-quality models.Considering these caveats, you should already know that we were not satisfied with the images we saw on the S23B550V.

Well, unfortunately this Samsung model can not keep the balance between brightness and contrast without distorting the colors.Although it offers exaggerated levels of white and black colors, the device can not balance tones and display full color gamut.

In several tests, we tried to work with the device’s pre-defined standards, but we did not see the same quality as a monitor with minor distortions.When performing game checks, we are even more disappointed, as the S23B550V can not work well with dark scenes, and it is necessary to constantly modify the settings.

Despite all these drawbacks, the main problem we see is the color distortion.By comparing the display side by side with another suitably calibrated device, we can not achieve the same color levels.Perhaps, this is not the end of the world for those who do not work with images on the PC, but it is a detail that can annoy those who have a keen eye.

Confusion and lack of practicality

If you like the simple things, then the S23B550V is not the most recommended monitor.Although it is not impossible to navigate the menu on the display, it is a little complicated, in the first moments, to understand how to make the changes.If that were not enough, adjusting the volume is not an easy task either.

We also had some problems with the machine’s automatic settings.The first time we connected the screen to the computer, the display was unable to perform the correct configuration, leaving some of the content shifted down the visible area.Fortunately, this did not happen when we connected the monitor to another computer.

In addition, it seems that Samsung did not consider that this is a monitor that also suits PCs and ended up forgetting to include an HDMI cable in the box of the device.When unpacking the S23B550V, all we found was a D-Sub cable (which does not offer the quality that many require) and an MHL cable (ideal for smartphones and some cards).

We were deeply disappointed by the color distortions, the inability to achieve a good level of brightness without disturbing some gray scales and the complicated menus of the S23B550V.Honestly, such problems do not get in the way of everyday life, but they are obstacles that we did not expect to find in a Samsung intermediary.

After much consideration of the issue, we can not say that buying this Samsung is worth it.Although the S23B550V is compatible with portable gadgets and offers immediate display with low response times, it is not the best bet for the intermediate consumer segment.

Although it manages to achieve good performance with games, the device ends up forcing the player to make manual adjustments every time it executes a game.For those looking for a reasonable screen for the office, the S23B550V still leaves something to be desired, precisely because of the disadvantages compared to competitors.

If you find this monitor with a price comrade or, who knows, if you insist on having a display compatible with the MHL standard, it might be that the Samsung S23B550V is a good acquisition.Otherwise, we recommend looking for other models with more features and that are available in the same range of $ 600. 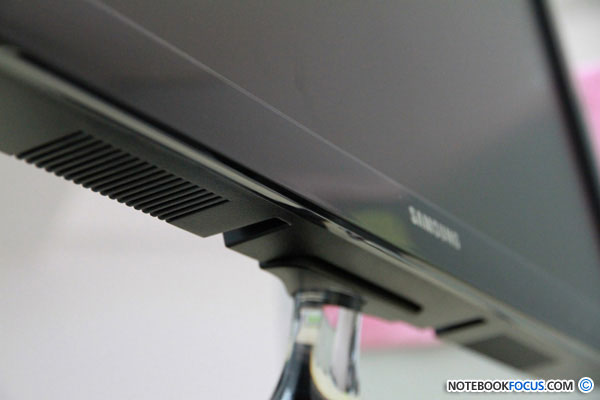 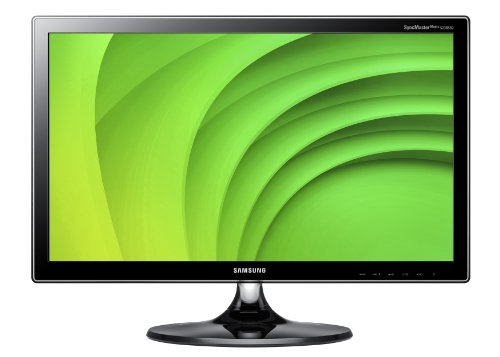 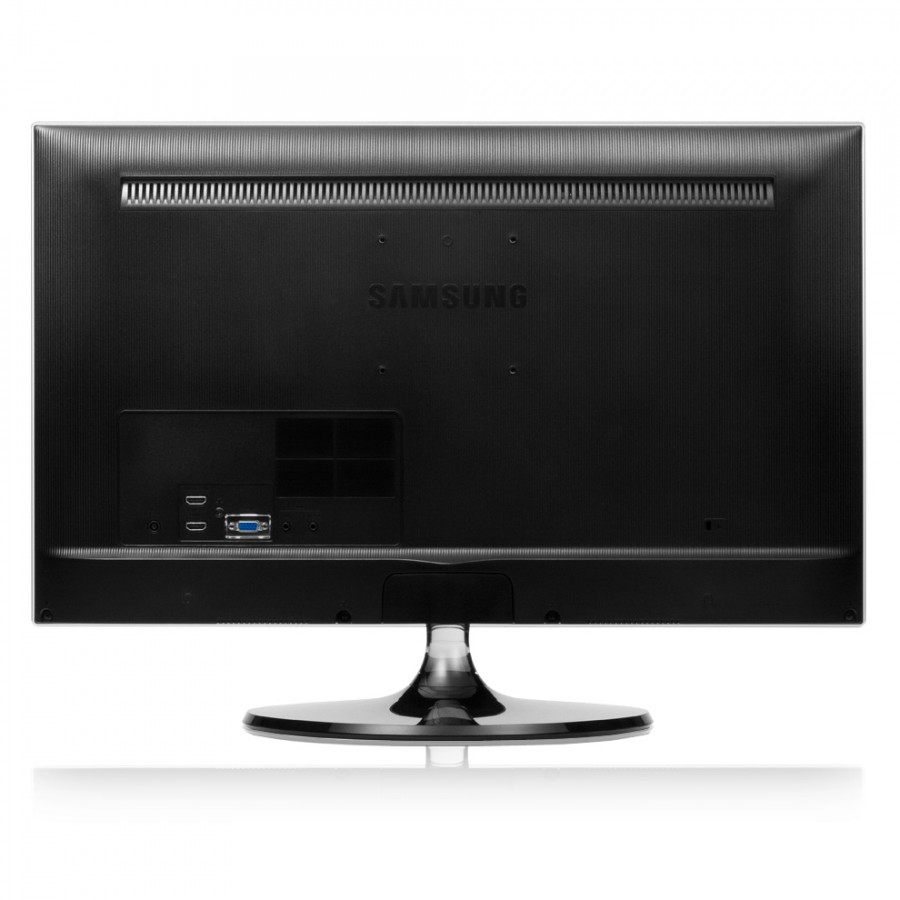 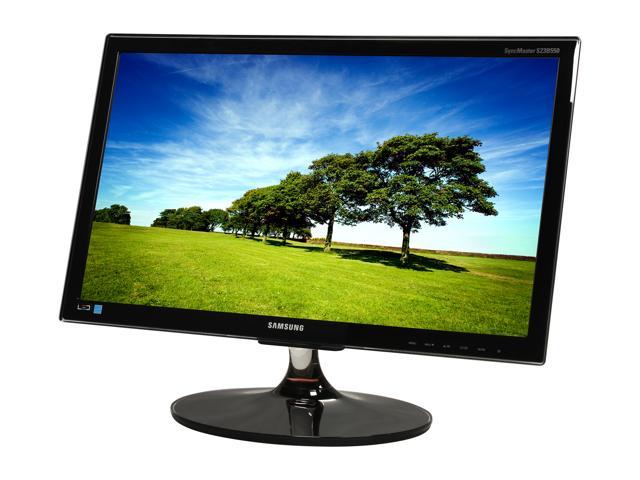 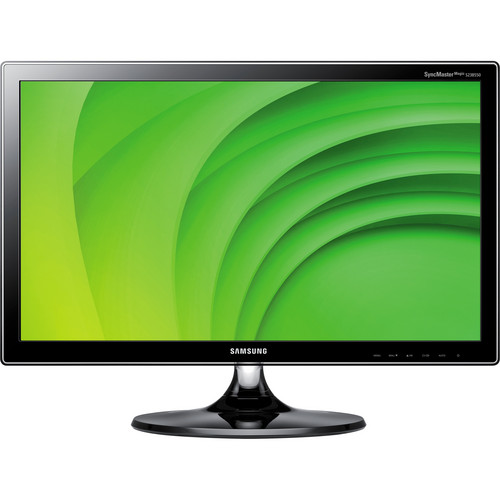 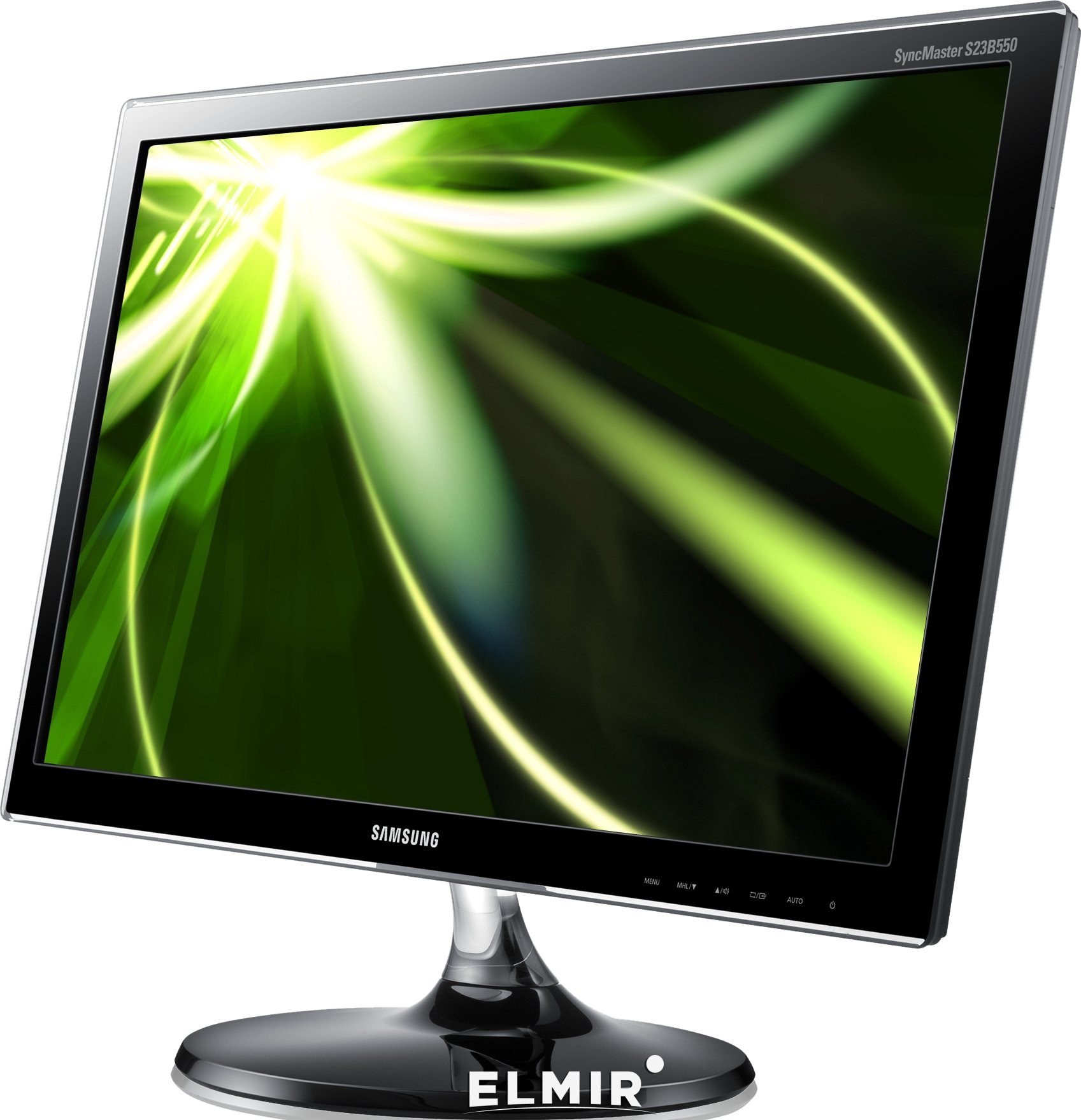