Although the Nigerian constitution guarantees freedom of religion, it is difficult to implement in practice due to religious tensions. The country is shaped by three different religions: Islam, which came to Nigeria through the Trans-Saharan trade in the 11th century; Christianity, introduced by European missionaries from 1842, and the indigenous religions. Almost 50% of the population are Muslims, around 45% are Christians and the rest of the population belongs to indigenous beliefs. In the north of the country the Muslim portion of the population predominates and in the southeast the Christian portion, while there is a more balanced distribution in the so-called Middle Belt and in the southwest.

From the market centers of the Trans-Saharan trade on Lake Chad, the Kanem-Bornu empire in northeastern Nigeria developed in the 9th century. This is where the Islamization of northern Nigeria began, because the rulers of this empire were the first to convert to Islam in the 11th century. Between the 11th and 15th centuries, through the Trans-Saharan trade, Islam spread to the neighboring Hausa states (Kano, Katsina, Zaria). A complete Islamization of the Hausa area began in 1804 with the jihad under the leadership of the Islamic scholar Usman Dan Fodio, who finally consolidated the position of Islam with the establishment of the Sokoto Caliphate and the advance to Ilorin in the northern Yoruba country.

Two currents of Islam are represented in northern Nigeria: the brotherhood of the Qadiriyya in Sokoto and the Tijaniyya, the long-established Hausa in Kano. Both are variants of Sunni Islam. Since Nigeria’s independence, many Islamic communities have emerged, ie as with the Christians, Islam adapted itself to African traditions with the emergence of new Islamic sects.

One of the most famous Islamic sects is the Boko Haram, founded in 2002, whose name means “Western education is sin”. It has been carrying out regular terrorist attacks in the north of the country since 2009. Its goal is to proclaim an Islamic state of God in Nigeria. Around 20,000 people have fallen victim to the Islamist terror group since 2009.

Apart from the branches of individual missionaries in the large slave transhipment points (Badagry, Calabar, Lagos), systematic Christian proselytizing did not begin until 1842, starting with the “Fourah Bay College” in Freetown / Sierra Leone, where Great Britain had resettled freed slaves. The first bishop of Niger (West Africa), Samuel Ajayi Crowther, came from there. Christianization began with the Anglican missionaries from England. In the years that followed, Christianity gradually spread in southern Nigeria. The center of the missionary work was the city of Abeokuta in southwest Nigeria. The first mission station was only founded in Onitsha in 1885.

According to internetsailors, Christianity in Nigeria is divided into Catholics (13%), Protestants (15%) and syncretistic African church communities (17%) – a mixture of traditional religions and free evangelists, mostly members of evangelical and Pentecostal churches. There are already over a thousand of these new African parishes with several million members in Nigeria, and the number is rising. Most of these churches are strongly profit-oriented. The business with faith is booming and the preachers are revered and celebrated by the faithful like the stars of the Nigerian film industry Nollywood. Most of them lead an extravagant lifestyle and fly across the country in private jets. The preachers give people the hope of getting rich through faith. In addition, they are said to have the gift of healing people from diseases. “Church is business” is a popular saying in Nigeria.

The Christian Association of Nigeria, founded in 1976, acts as the umbrella organization for various Christian churches and organizations in Nigeria.

The traditional religions have been able to assert themselves to this day despite the hostility of the major religions. They are currently experiencing a kind of renaissance. Depending on the ethnic group, one believes in earth spirits, water gods, ancestral spirits, deities, magic and sorcery. The “juju belief” is pronounced among the ethnic groups in southern Nigeria, with “juju” as magical power at its center. Manifestations are juju forests, juju rivers, juju plants, juju trees or objects such as amulets and talismans.

Despite the acceptance of Christianity and Islam, the vast majority of the Nigerian population seeks protection from foreign powers in the Juju. For many Nigerians, nominal membership of an established religion in no way means giving up their traditional religion.

The relationship between the followers of the two great religions, the Muslims and the Christians, is extremely tense. Often a minor cause is enough to cause bloody unrest. An incident in the Christian south against Muslims that is even remotely related to religion will immediately provoke reactions in the north, which repeatedly lead to the death of so-called non-believers (pogroms). These are now part of everyday life in Nigeria. Since 2000, the official figures speak of over 11,500 deaths (Christians) due to religious unrest. The actual numbers are likely to be many times higher.

The assessment of global security is worth reading. With the introduction of Sharia law in the 12 northern states and the terror by Boko Haram in the three northeastern states, tensions have increased further, so that northern Nigeria already ranks 12th out of 50 positions on the 2020 World Tracking Index. 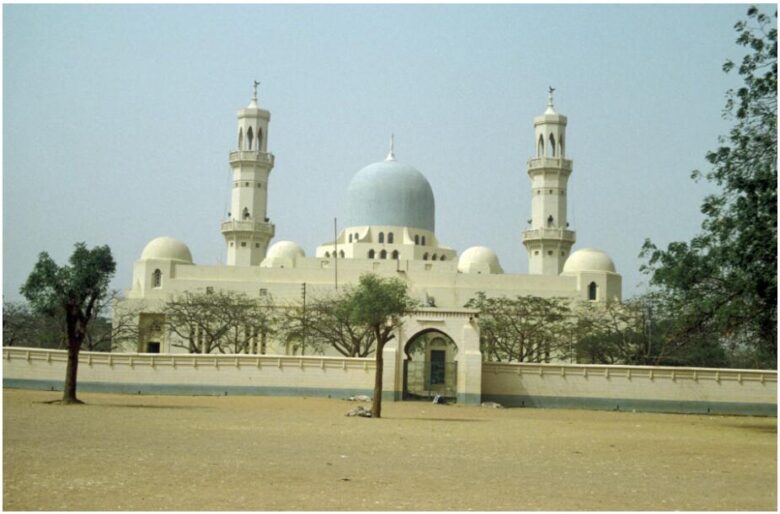