Nigeria is an agricultural country, but its focus on oil and gas has led to the neglect of agriculture. Over 70% of the working population work in agriculture. The sector generated around 25% of gross domestic product (GDP) in 2019. In the south of the country mainly arable farming is practiced, in the north cattle breeding dominates.

Over 95% of agricultural production comes from small cultivated areas. According to ethnicityology, Nigeria is the world’s largest producer of yams and cassava and the fourth largest cocoa producer in the world.

In addition to millions of small farmers, there are large farms. In recent years, this sector has grown at an above-average rate of 10%, because the promotion of agriculture by means of financial and technical incentives (productivity increase using fertilizers and expansion of infrastructure) was the focus of government economic reforms.

Local agriculture cannot meet its food needs, so Nigeria still has to import food from abroad. Every year, for example, the country spends around 22 billion US dollars on the import of food. 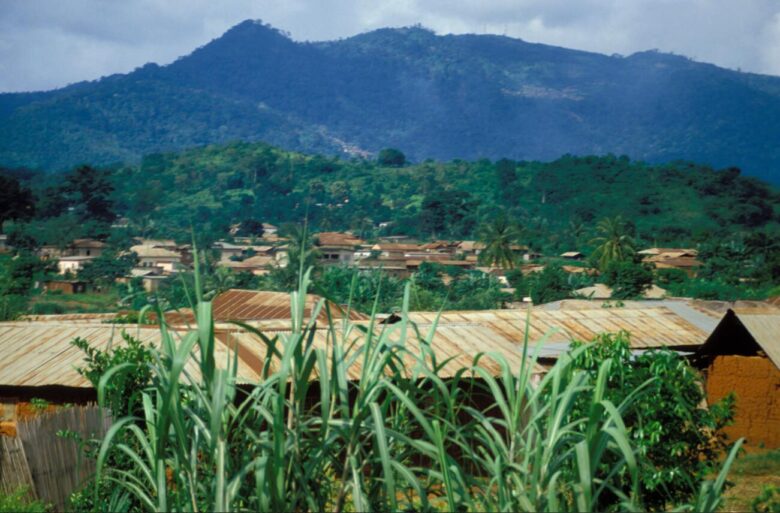 The industrial sector (steel, cement, fertilizer) accounts for around 22% of Nigeria’s gross domestic product (GDP) in 2019. In addition to the processing of petroleum products, food and luxury goods, paints, cleaning agents, textiles, fuels, metals and building materials are also produced.

The main obstacle to the country’s industrial development is the inadequate infrastructure supply (energy and transport). Of the total of 200,000 kilometers of road across the country, around 50% are in need of repair. The Lagos-Kano railway line (approx. 1,300 km) was modernized in 2013 with Chinese help (see also section “Transport routes” in the subject area “Overview”).

Facebook founder Mark Zuckerberg, during a visit to Lagos in September 2016, confirmed the great potential of Nigerians in the field of internet and social media. He even referred to Nigeria as “the future Silicon Valley” because of its strong entrepreneurial culture of innovation and development.

In the energy supply sector, economic success is still a long way off. Although the originally state energy authority, the “National Electric Power Authority (NEPA)” (ironically called “Never Expect Power Always” by Nigerians), was privatized between 1999 and 2003 and is now called “Power Holding Company of Nigeria” (PHCN) Called ” Please Hold Candle Near” by Nigerians), millions of households, just like the authorities, suffer from constant power outages. So far, only about 25% of the Nigerian population has even access to electricity supply. The constant power failures are cushioned by the use of diesel generators.

The reason for the constant failures is the low production capacity of the gas and hydropower plants. Nigeria is currently only able to generate a total of 4,000 megawatts of electricity; 70% by gas turbine plants and 30% by hydropower plants.

Nigeria is now relying on Chinese aid to expand capacity. In addition, in April 2012 SIEMENS AG received the order to build a gas turbine plant. In addition, the government has been trying for a number of years to generate part of the electricity required from renewable energies. The first photovoltaic factory in Nigeria went into operation at the beginning of 2014. The municipality of Lagos is also trying to generate electricity by incinerating waste.

Nigeria is the largest economy in Africa. The oil production is the country’s main industry. However, Nigeria has so far not been able to use its oil wealth to improve the standard of living for most of the population of almost 200 million people. 87 million Nigerians (40% of the population) still live in absolute poverty, ie they have less than US $ 1 a day to spend.

In 2014, according to the National Bureau of Statistics, Nigeria was declared the largest economy in Africa, overtaking South Africa as the largest economy on the African continent for the first time. However, due to the global drop in oil prices, Nigeria slid into a severe recession in 2016 that lasted until the second quarter of 2017. In 2018, the Nigerian economy grew again by 1.9% for the first time. The growth was mainly supported by the positive development of parts of the non-oil sector (agriculture, industry, trade).

Since 2020, the Nigerian economy has weakened again due to the renewed decline in the price of crude oil and the massive economic effects of the COVID-19 pandemic. The economic growth of 2.0% forecast by the World Bank for 2020 cannot be achieved with certainty. How high the economic damage will be cannot yet be estimated. Analysts expect the Nigerian economy to plunge back into recession in 2020.

Basically, Nigeria is still facing the urgent and as yet unsolved task of diversifying its economy and reducing its dependence on oil. The accelerated development of e-mobility worldwide increases the urgency for Nigeria to expand and strengthen other economic sectors.