A number of economic reforms were initiated under the Obasanjo government (1999-2007). The goals included fighting corruption, improving the economic situation in general and creating better incomes for the majority of the population. Measures for this included the privatization of state-owned companies and the containment of inflation. To implement the reform programs, the government presented the “Nigeria Economic Empowerment Development Strategy (NEEDS I / 2004 – 2007)” in cooperation with the IMF.

When he was inaugurated, Obasanjo’s successor, Yar`Adua (2007-2010), promised to continue the economic reforms with the follow-up program “NEEDS II / 2007-2010”. Between 2007 and 2010, the Yar`Adua government made progress in the privatization of the energy sector and the consolidation of the banking sector. Under the leadership of Goodluck Jonathan (2010 – 2015) the reform program “Vision 20: 2020” was adopted, which proclaims the goal of positioning Nigeria among the twenty largest economies in the world.

In March 2017 – as a reaction to the economic recession in the third quarter of 2016 to the second quarter of 2017 – President Muhammadu Buhari presented a comprehensive economic plan with the “Nigeria Economic Recovery and Growth Plan (NERGP) “. The plan foresees that by 2020 Nigeria should make significant progress towards structural economic change with a more diversified and inclusive economy. According to the plan, the reform program aims to achieve the following five outcomes in particular: stable macroeconomic environment, agricultural transformation and food security, sufficient energy supply, and improved transport infrastructure and industrialization with a focus on small and medium-sized enterprises.

From 2004, Nigeria used the profits from oil production to pay off its debts. As part of the Obasanjo government’s economic reforms in 2005, the country was able to negotiate debt relief for US $ 18 billion out of a total of US $ 30 billion with the Paris Club’s international creditors. In return, the Nigerian government repaid USD 12 billion. This makes Nigeria the first African country to become debt-free to the Paris Club!

According to extrareference, Nigeria ranks 131st out of 190 countries in 2020. The most important customer countries in Nigeria are the USA, China, France, Brazil, Spain and Germany.

Nigeria is known in the region as the “Giant of Africa”. The vibrant economy is increasingly attractive to foreign business people. If you want to do business successfully in Nigeria, you should pay attention to the business etiquette and read the business guide.

Nigeria in a regional and international context

As the most populous country in Africa and thanks to its great economic potential, Nigeria is one of the “main players” in African politics. Nigeria is the strongest regional power in West Africa and is aiming for a seat on the UN Security Council, in which Africa has not yet been represented.

Even within the 1975 founded Economic Community of West African States ECOWAS (Economic Community of West African States) is Nigeria because of its economic power and its military potential, the prominent regional power. Thus, the Nigerian capital of Abuja is also the seat of the ECOWAS Commission, the Parliament and the Court of Justice. Nigeria, as the leading regional power in West Africa, has a responsibility to the other 15 member states. This was underscored by the military interventions in Liberia (1990-1999) and Sierra Leone (1997-2000) within the framework of the multinational West African armed force ECOMOG (ECOWAS Monitoring Group), in which Nigeria provided the largest military contingent and the overwhelming number of commanders-in-chief. Nigeria is leading the way in restoring democracy in Guinea-Conakry, Guinea-Bissau, Côte d’Ivoire and Mali.

In addition, Nigeria is a member of numerous international organizations such as the UN, IOC, AKP, OPEC, Commonwealth of Nations, G77 and G15. Due to its presence in international bodies, Nigeria is perceived by many actors in the international community as a mouthpiece for African issues.

Bilateral relations between Nigeria and Germany

Nigeria is an important partner for Germany in Africa and there is a lively exchange of visits between the two countries. In 2011 the German-Nigerian Binational Commission was founded with the aim of supporting the country’s reform process. It forms the umbrella of bilateral relations and is intended to continuously deepen cooperation on a variety of topics.

In August 2018 visited Chancellor Angela Merkel Nigeria. The focus of her exchange with President Buhari was on the subject of migration and combating the causes of displacement as well as deepening economic cooperation. 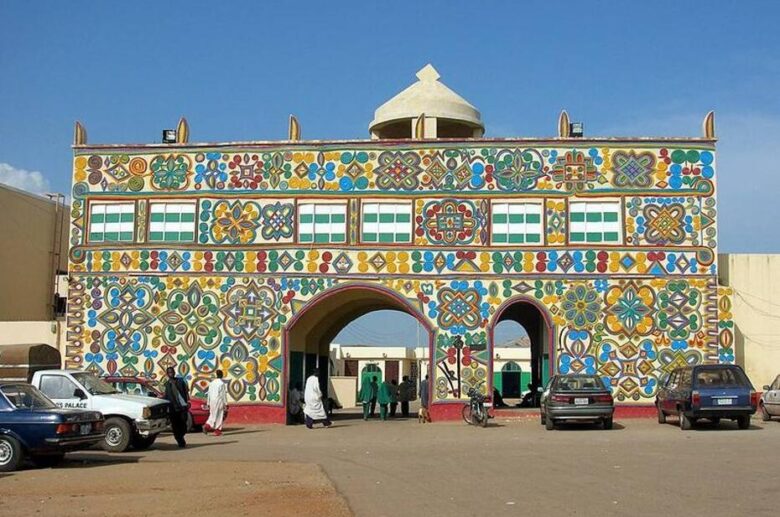