A state-organized film production has been around since the early 1970s, including by pioneer Mamadou Djim Kola. In the 1980s, several of the films, often co-productions with European countries, were noticed internationally. Among the central directors were Gaston Kaboré with Wend Kuuni (1982) and Zan Boko (1988), and Idrissa Ouedraogo with Yaaba (1989; also shown in NRK), Tilai (Law, 1990) and Samba Traoré (1992). Burkina Faso has also co-produced films from other countries in the region. the Senegalese veteran Ousmane Sembenes Camp de Thiaroye (1988), Yeelen (1989) directed by the painter Souleymane Cissé, and Saaraounia(1989) by the Mauritanian With Hondo. Of major importance to African films is the Pan-African Film Festival in Ouagadougou ( FESPACO , established in 1969), a biennial that alternates with the leading Arab film festival in Carthage. 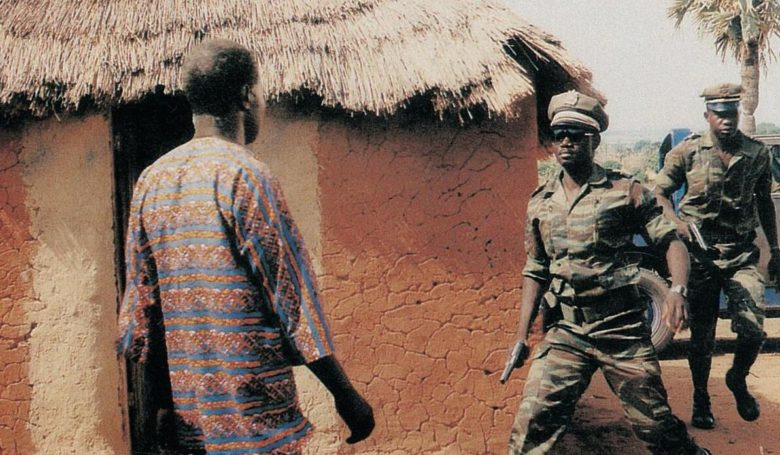 Scene from the 1992 Samba Traoré movie by Idrissa Ouedraogo. It is a film about guilt, about the past that persecutes a man and always catches him up.

As early as the 1960s, the theater became a popular genre in Burkina Faso. A number of authors have written pieces inspired both by French tradition (especially Molière) and by the country’s own oral literature. A particularly acclaimed theater man was Jean-Pierre Guingané (1947–2011) who wrote both pieces that became very popular and had important administrative tasks within the country’s culture.

There are also several filmmakers with a background from Burkina Faso. One of the most significant is Sarah Bouyain (born in 1968). She has a French mother, and her father is half French, half Burkinabe. Her films address the situation of people of mixed race in Africa, and in the novel Métisse façon (2003, “The ways of the mixed race “) she portrays a woman who has grown up in France, but who travels to West Africa to find her roots.

The publishing industry has been poorly developed in Burkina Faso, but as the government set in the country has become somewhat less authoritarian, some of the authors have opted to publish their books in their own country.