Traditionally, Kenya’s foreign policy has concentrated on neighboring Tanzania and Uganda, as well as fostering close relations with the United Kingdom and the United States. Regionally, in part because of its relatively modern and versatile economy, Kenya has played a central but partly passive role. Daniel arap Moi initiated a more active contact with the outside world than Jomo Kenyatta. With its proximity to Somalia and Sudan, Kenya has been an important arena for mediation in the conflicts there. In the international fight against terror, Kenya has gained significant importance, not least because of its fear. The Horn of Africa can become an area from which international terrorism can operate.

Kenya, Tanzania and Uganda have a particularly close cooperation, much due to British colonial rule and coordination of infrastructure under British administration. Until 1977, the three states were part of the Economic Cooperation Organization East African Community (EAC), which then disintegrated due to contradictions between member states and their leaders. 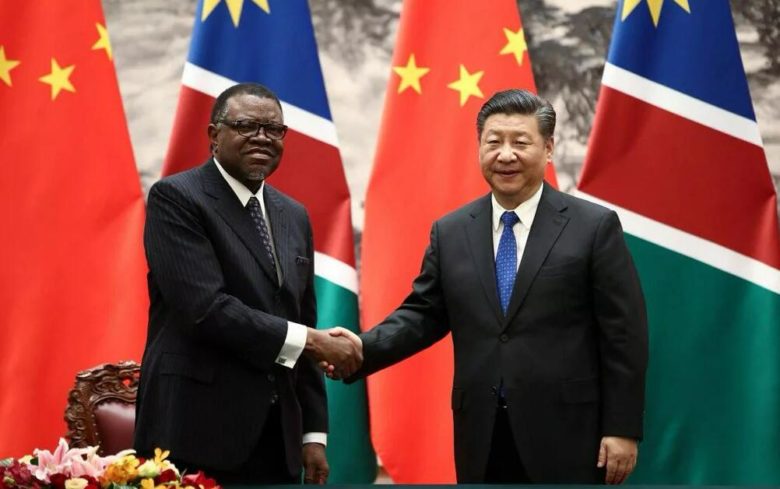 While Tanzania distanced itself from Uganda, Kenya maintained a neutral relationship with Ugandan leader Idi Amin. Relations with Tanzania deteriorated, especially after the country’s invasion of Uganda in 1979. The border between Kenya and Tanzania was closed from 1977 to 1983. At that time, the three countries had agreed on a final settlement for the EAC. In the 1990s, the countries again sought closer contact and a form of resuming old economic cooperation, and an agreement on this was signed in 1999, and the East African Community was restored.

In 2004, the member states entered into an agreement to establish a customs union, with a common customs system for goods imported from countries outside the EAC community. Kenya is an important transit country for foreign trade to Uganda, Rwanda and Burundi as well as eastern Congo, and the EAC thus relies on stability in Kenya.

In the 1990s, Kenyan authorities accused Uganda of giving in to the FEM resistance group, which from there directed actions in Kenya. Prior to this, Uganda had accused Kenya of supporting groups that opposed the Ugandan government. In 1988–1989, Ugandan army units were accused of crossing the border into Kenya; in 1989, Kenya accused Uganda of bombing a village in northwest Kenya. When Moi visited Uganda in 1993, this was the first state visit by a Kenyan president.

Developments in Rwanda in the 1990s also contributed to weakening Kenya’s relationship with Uganda, which supported the movement that in 1994 seized power in Rwanda after a civil war. After the Rwanda genocide, Kenya resisted for a long time to extradite suspected war criminals.

Kenya’s relationship with Somalia has traditionally been poor, because Somalia has claimed the Somali-speaking northern parts of Kenya. This requirement was stated in the 1980s. Hundreds of thousands of Somali refugees sought refuge in Kenya during the 1990s civil war, and armed clashes between Kenyan and Somali forces on the border in 2000. Peace talks on Somalia were held in Kenya in the early 2000s, and a new Somali National Assembly met in Kenya.

Kenya also hosted a number of attempts to negotiate peace in Sudan; a peace agreement on South Sudan was signed in 2004. Under President Moi, Kenya was active as a mediator in several African conflicts, including Burundi, Mozambique and Somalia. Towards the end of the 1990s, Moi engaged in mediation between Sudan and Uganda. Kenya rejected claims that Ethiopian Oromo rebels should have been arrested on the Kenyan side of the border. In 1999, Kenya sent troops to the UN peacekeeping operation in Sierra Leone.

The political pressure from key aid workers and allies such as the United Kingdom and the United States to some extent characterized Kenya’s foreign policy in the 1990s. Relations with the United States were strengthened as a result of the bombing of the country’s embassy in Nairobi in 1998 and the terrorist attacks against targets in the United States on September 11, 2001 – after the United States was also long critical of the political and economic development of Kenya under President Moi. The United States has had access to the port of Mombasa since the early 1980s , and the airports of Nairobi and Mombasa for military purposes. Especially in the fight against terror, Kenya has been used as a listening station. Increased US military support has been an offset.