IOS 8 Installed on 81% of All iOS Devices

Apple can today announce that the latest iOS 8 is installed on all 81% of all iPhones, iPads and iPods.

Apple’s latest iOS 8 runs at no less than 81% of all iPhones, iPads and iPods with iOS operating system after 7 months. It illuminates the Apple on its own Developer page.

Each month publishes Apple against the developers what percentage that is using the latest versions of iOS, and here Apple again sign on a relative great prosperity.

In the month of March was iOS 8 installed on 77% of all units, while the proportion two weeks later smoke 2 percentage points up.

The figures can immediately sound quite impressive, but it’s not nearly as good as last year when iOS 7 at the same time drove throughout 90% of the devices from Apple.

Just iOS 7 is now down to only 17%, according to the latest version has taken over. Only 2% have an older iOS version running on his Apple device.

These impressive figures stand in stark contrast to what Google can regale in the Android operating system. For a small month could Google, on its own developer page, to inform you that the latest version runs only on Lollipop 5.4% of all Android devices after almost 6 months.

It is therefore significantly slower for Google when it comes to disseminating the latest software. With 18,000 different Android devices, it is probably hardly any easy task. 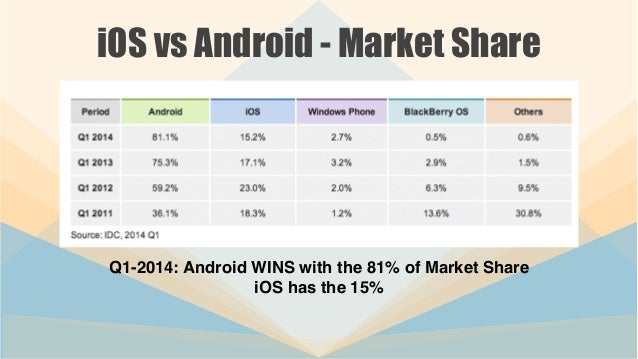