The area that today constitutes Botswana was first settled by the san people and the khoi-khoi people. Around 2000 years ago, Bantu-speaking groups came from the north, these introduced agriculture and several types of animal husbandry.

Around the year 1000 in our time period, the first state formations in the area were seen, and in the following centuries several kingdoms developed. The cultures and realms of today’s Botswana had much in common with those that flourished in today’s South Africa and Zimbabwe.

In the years leading up to the arrival of the Europeans, the area was characterized by strong military empires and unrest as a result of the slave trade that extended from the coast to the interior of the continent. In the 1840s the situation calmed down, at the same time missionaries and other Europeans emerged from the Cape Colony in the south. In 1867 gold was found in Botswana and the area experienced a small gold rush. This was soon replaced by exploration for diamond deposits and other gemstones. In 1885, after the Berlin Conference, Botswana became a British protectorate.

Since independence, Botswana has been a stable country, despite the fact that almost all neighboring countries have experienced turmoil and civil war. The country has evolved to become one of the world’s leading exporters of industrial diamonds, and also has a well-developed tourism industry.

The people we know as khoi-khoi and san (khoisan) have been living in this part of Africa for at least 60,000 years. Also in today’s Botswana, traces of very early and scattered settlement are found, including in the form of cave paintings in the Tsodilo Hills. The paintings depict wildlife in the area but also human figures.

Both khoi-khoi and san lived in small and loosely organized groups, without early state formation. There are still close to 50,000 bazaars in Botswana, but very few live in the traditional way in the Kalahari Desert, and their lifestyle is under intense pressure.

The majority of Botswana’s population are descendants of Bantu people who immigrated from the north about 2000 years ago. With them, resident livestock and agriculture were introduced, and the bantu mingled with the native people of the area. The bantu was an Iron Age culture, and there are traces of iron extraction in the area from early in our era. 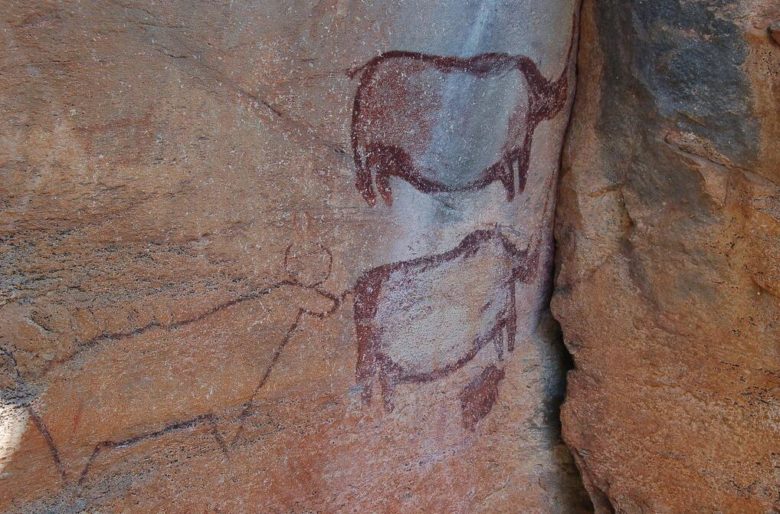 Around 1095 the so-called Moritsane culture originated in central Botswana. The Moritsane culture eventually became what we know as Kgaledi, which, next to tswana and sotho, are the large groups of people in Botswana today. All three groups were cemented and developed their political organization in the 13th century. At the same time, kingdoms also emerged in today’s Zimbabwe, which extended into today’s Botswana.

The Moritsane culture gave rise to the Toutswe kingdom, which has left archaeological traces in the form of huge cattle enclosures in the landscape. In the 1300s, it seems that Toutswe was defeated by the nearby Mapungubwe empire, which was again defeated by the great power of the time in the area, Great Zimbabwe.

At the same time, a mighty Tswana empire grew a little further south. Tswana is a collective term for several clans and dynasties that dominated what is today northern South Africa and much of Botswana until the colonial era. During the 18th century, the Tswana states developed into powerful military states, with fortified villages with stone walls. During the same period, the slave trade and ivory trade of the Portuguese colonies of Angola and Mozambique, located on either side of Botswana, increased. The slave raids went further and further inland, forcing people to flee.

In the early 1800s, Botswana was thrown into a chaotic era with much internal turmoil and war as a result of external tensions. In South Africa, the troubled times had given rise to the emergence of a new tribe of warriors in the east, the Ndebele- speaking Zulu. The Zulu people’s migration, and partly displacement, mefecane, also affected the tswana kingdoms. From the south also came more and more descendants of European settlers, farmers, from the Transvaal.

The Europeans are coming

The threat from the Boers meant that the Tswana king Sechele (ruled from 1829 to 1892) sought the British. So did one of the neighbor King Khama 3. In 1876 he formally asked for British protection. At first, the British would not comply. But when Germany secured territories in the west of present-day Namibia, and in the northeast, in Tanganiyaka (today’s Tanzania ) during the Berlin Conference in 1885, they claimed what they called Bechuanaland. The British feared that the Germans in alliance with the people of the Transvaal would create a coherent belt across the continent, thus stopping British expansion northward.

Bechuanaland, like its neighbors, had the potential for the extraction of minerals and gems. Before the Berlin Conference, gold had been found in the area, and now they were also looking for diamonds. The management of the new protectorate was therefore left to the British South Africa Company, a private company led by Cecil Rhodes. Rhodes would lead a railway line to Rhodesia, also controlled by BSAC, through the protectorate. The company also started the recruitment of labor in Bechuanaland, not only to mines in the protectorate itself, but also to mining further south, in South Africa.

About 10,000 soldiers were recruited from Botswana to fight for the British during World War II. After the war, the national feeling and the demand for independence grew. In the early 1960s, several parties were formed: the Bechuanaland People’s Party, the Botswana Independence Party and the Bechuanaland Democratic Party, the last of Seretse Khama (later Sir Seretse). After pressure from the nationalists, constitutional negotiations began in 1963, and the protectorate was initially given internal autonomy, with Seretse Khama as prime minister. September 30, 1966, Botswana became an independent republic, with Khama the first president.

Seretse Khama was seen as less radical than other candidates and therefore had support from the British. Already during the country’s first elections, before independence, Khama’s party BDP won a clear majority. It is retained by all later elections, and Botswana is perhaps the country in Africa that can show the greatest political stability in the post-independence era, completely without coups, repeal of the Constitution or violent revolts. 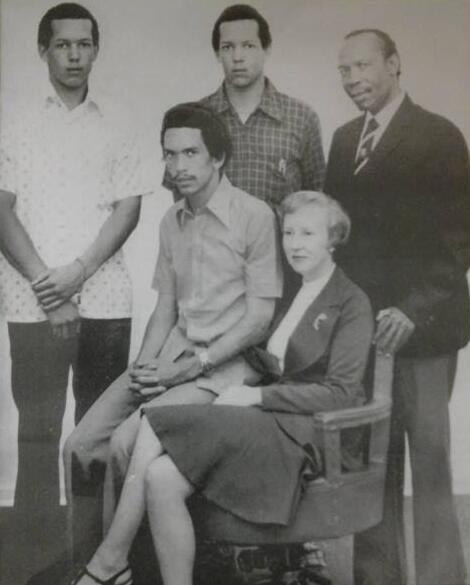 At his death in 1980, Seretse Khama was followed by Vice President Quett Marire (later Ketumile Masire), who mainly followed his predecessor’s political line. During Masire, the dominance of the BDP (now the Botswana Democratic Party continued)) in Botswana politics. In the 1990 election, the opposition party Botswana National Front (BNF), led by Kenneth Koma, achieved only three seats in the parliament of 39 members. At the 1994 elections, this figure increased to 13, and for the first time BDP faced a significant opposition. BNF’s great progress was an expression of dissatisfaction with the government’s economic policy, including in the form of high unemployment. Another factor was that BDP has traditionally had strong support for the villages, BNF in the cities, and that there has been a gradual urbanization in the Botswana community that has benefited BNF. In addition, the election was a protest against several BDP leaders’ positions with revealed corruption cases.

The new National Assembly re-elected Masire as president. He resigned in 1998 and was replaced by Vice President Festus Gontebanye Mogae. New Vice President became General Ian Khama, former defense chief and son of Botswana’s first president. Internal strife in the BNF led to excluded leaders establishing the Botswana Congress Party (BCP) in 1998. When a majority of BNF MPs went to the BCP, this was declared the official opposition in the National Assembly. However, this was changed as a result of the 1999 parliamentary elections, when a split opposition strengthened the ruling party. BDP also retained its position in the 2004 and 2009 elections, strengthening by 53.3 percent of the vote in the October 2009 elections; BNF achieved 21.9 percent and BCP 19.2 percent. Ian Khama succeeded Mogae as Botswana’s President in 2008. Both the 2008 presidential elections and the 2009 parliamentary elections helped further consolidate Botswana’s long tradition of parliamentary democracy, although only one party has ruled the country since independence. In 2014, BDP won the eleventh election in a row. In 2018, President Khama resigned and gave the post to his Vice President Mokgweetsi Masisi.

Botswana is considered one of the economic success stories in Africa, and the country has had a formidable economic growth since independence, and a surplus in the balance of trade abroad. Social services are developed for the vast majority of the population, but income is very unevenly distributed and poverty is widespread in large population groups. As a result of the international financial crisis of 2008-2009, Botswana also experienced a recession, as the market for the country’s most important export commodity – jewelry diamonds – collapsed and production was halted for a period.