Uganda’s geography, 4/5 of the land area consists of the central African plateau, and is 900-1500 m., With higher mountains in the edges and Africa’s largest lake, Lake Victoria (68 800 km2) in the south. The boundary areas in the west belong to the Rift Valley, and are partly made up of the volcanic Virunga mountains in the south and Ruwenzori (bedrock) with the country’s highest peak, Margherita, 5109 meters above sea level. further north. The highest peaks are covered with snow and ice. Also on the border with the Congo are Lake Edward and Alberta. The outer areas of the east are made up of a chain of volcanic mountains, which extend from the border with Sudan and south to the Elgon volcano, which is the highest mountain here with 4321 meters, close to the Kenya border. The high mountain plateau drops steadily towards the lakes Kyoga and Lake Victoria in the south. The Nile flows through Uganda, from Lake Victoria via Kyoga to Lake Alberta and further north.

Lake in one of Uganda’s national parks, Queen Elizabeth National Park, located southwest of the country, near the Congo border.

Floods and landslides at the foot of Elgon Mountain 2010 and in the Bulambuli District 2011.

Uganda lies entirely within the tropics and is equated by the equator. The country has a tropical rain climate, which is modified due to the elevation of the sea. The average annual temperature is around 22-23 ° C with little difference between the warmest and coldest months. The annual rainfall is approx. 1500 mm, somewhat more in the mountainous regions, somewhat less in the northeastern valley. There is no actual drying time, but the bulk of the precipitation falls into two annual rainfall maxima as the equatorial rain belt passes on the way to the north in April / May and on the south in September / October. 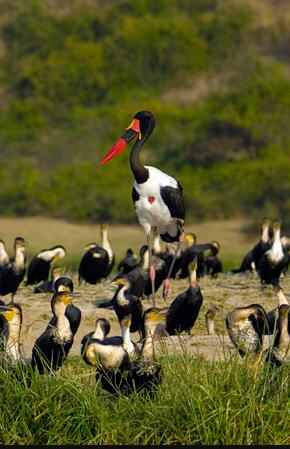 Plant life and wildlife in Uganda

Wood savanna and grass savanna cover most of Uganda. In the northeast, there is steppe vegetation. In the west there is rainforest, most of it is cleared (8% of the land is forest). In the mountains grow bamboo and tree-like lightning, at the top there is meadow vegetation. Sump areas dominated by papyrus and other species of the sedge – and the grass family.

165 reptiles and more than 40 amphibian species. Nilåbor and Tilapia species are the most important of more than 50 freshwater fish. Malaria mosquitoes and test flies are very troublesome in some places.

Uganda is located in the middle of the African continent and does not have direct access to the sea. The equator line crosses the country in the southern part. The land covers an area of ​​241 550 km² (source: UN ).

Almost one fifth of the land area consists of lakes. Uganda shares Lake Victoria with Tanzania and Kenya. This is one of the Nile’s spring waters, and this part of the Nile, the White Nile, flows north through Uganda and across the border to Sudan. On the border of DR Congo are Lake Alberta and Lake Edward. In the middle of the country lies Lake Kyoga, which is a shallow sea; almost swampy.

Uganda has a tropical climate with two rainy seasons a year; in the periods April – May and October – November. The country has a very rich animal and plant life and is especially known for its many bird species. 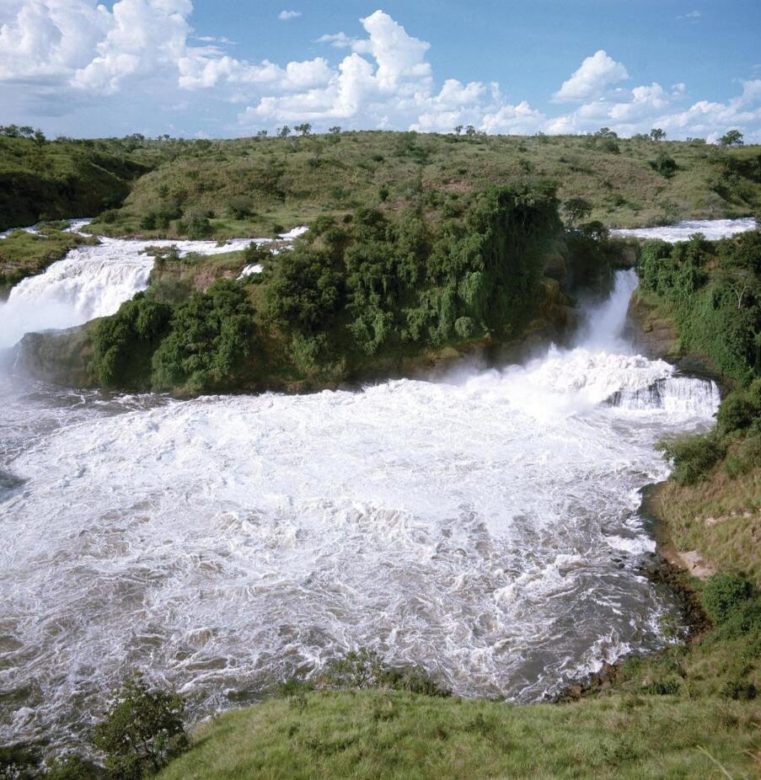