Most of Burkina Faso is a 200–300 m high bedrock plateau. The plateau, which has a slight slope to the south, is intersected by the rivers Nakambe (White Volta), Nazinon (Red Volta) and Mouhoun (Black Volta). The southwestern part of the country consists of up to 700 m high sandstone plateaus, bounded on the east and southeast by a 150 m high steep edge, the Falaise de Banfora. The highest mountain is Tena Kourou, 747 meters above sea level. furthest west. In the north, the country is part of the Sahel belt with semi-desert and dry savanna. Large areas are covered with barren sand and laterite soils. 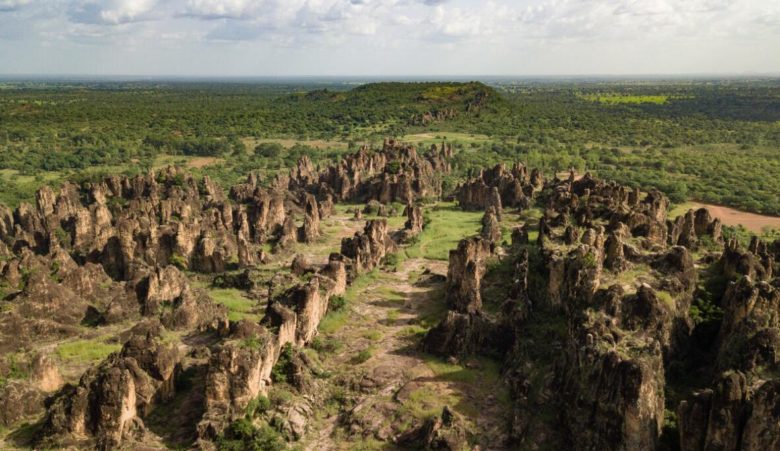 The climate is tropical, with a pronounced dry period. In the south, the dry season lasts from December to February, and the annual rainfall is approx. 1200 mm. Further north, the drying time is longer, from November to April, and the annual rainfall decreases. Ouagadougou gets 900 mm, in the far north the precipitation drops to approx. 400 mm annually. Temperatures are high, especially at the end of the drying period. Ouagadougou has 33 °C on average in April (warmest month) and 25 °C in January (coldest month).

Plant and Wildlife in Burkina Faso

The vegetation in Burkina Faso varies from moist savanna in the south to thorn bush and steppe in the north. The savanna is grassy in the humid season, but dries into the dry period. 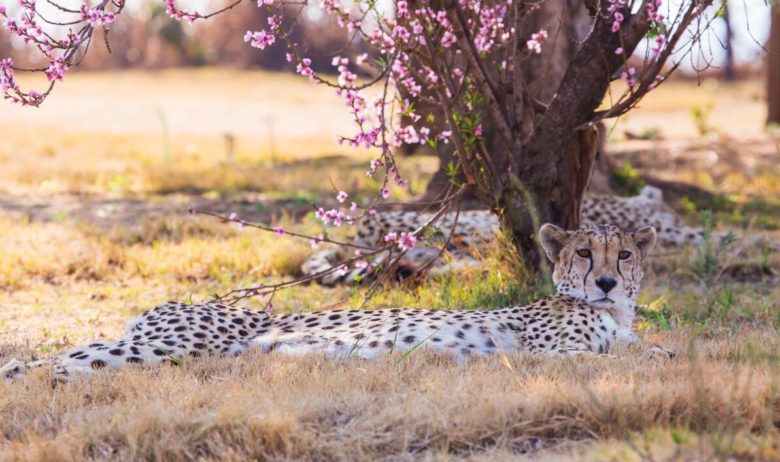 The country has a rich wildlife, the largest mammals are elephant, hippopotamus and coffee buffalo. In addition, there are many antelope animals, including divers, gazelles, water buckets and cantilopes. The primates include galagos (half monkeys), maracats and red baboon. Lion, leopard, serval and several smaller cats appear.

Among the many characteristic birds on the savannah are vultures, eagles, frankolins, beetles, roaches, mouse birds, larches and weavers. Many snakes and lizards are also found on the savannah, crocodiles in the rivers. The tsetse fly is especially common in the southeastern part of the country.