The Canon Pixma TS6051 is compact and designed for home use. The first of a new series of multifunction printers has to prove itself in the test.

With the Canon Pixma TS6051 the manufacturer launches a new series of multi-functional printers for the home. It is in a white case. Alternatively, the device is also available in other colors-as TS6050 in black and TS6052 in gray. All models are identical and can print, scan and copy. A fax is not provided. For this purpose, they are very compact-at least if they are not in use.

With the TS series shrinks Canon, the housing of the multifunction printer for home use. In the case of the Canon Pixma TS6051, the functionality remains the same as the previous Pixma MG6851. This is praiseworthy. The compactness is lost in operation because the control panel has to be fully extended, otherwise the multifunctional printer will refuse the service. Also, the second paper tray enlarges the volume into the depth. However, Canon is precisely in this point the customer’s wishes, which in the predecessor have denied the omission of the additional paper supply.

The quality is accustomed to good, the speed is not too fast, as usual in the device class. The side rates remain acceptable for a multifunction printer with five separate tanks. This is due not least to the fact that Canon uses the same ink generation as the predecessor. If a slightly larger device with only one paper cassette is sufficient, therefore, can confidently opt for the MG6851. It is now sold out and can be found as a bargain. Overall, however, the tested multifunction printer is a choice with a very good price/performance ratio. It is available from November 2016 onwards.

This changes for operation: the control panel must now be completely folded forward. Is it not quite, the Canon Pixma TS6051 in the test simply the work. At the same time, the multifunction printer offers two paper trays. The lack of the rear feeder has often been criticized in the last generation-such as the Canon Pixma MG6851 . The current model now offers space for 100 sheets of paper in the cassette and the same number of sheets in the rear tray. Alternatively, up to 20 sheets of photopapier can be accommodated there. If the rear compartment is folded out, this is at the expense of the unit size. This also applies to the paper catch, which is pushed forwards and is built somewhat windy.

Nevertheless, the central housing is kept compact without having to renounce a duplex unit-that is good. A touch screen is located in the control panel. It is structured and reacts quickly to the finger pressure. However, since the entire operating unit is kept extremely narrow, it is easily fed when we operate the touch screen.

Thanks to Apple AirPrint, Google CloudPrint, Mopria and its own Canon Print application, the Canon Pixma TS6051 is able to handle the most popular printing and scanning options on mobile devices such as smartphones and tablets. Here it can be connected via WLAN or Wi-Fi Direct. To do this, the multifunction printer can connect directly to cloud services such as Google Drive or Dropbox, or print from social networks such as Facebook, Twitter, or Instagram.

Consumption – Color Side Cheaper Than Predecessor

Although the multifunction printer series is new, Canon has not changed the cartridge generation. The series 570/571 is also used. In the Pixma TS6051 are five separate tanks-a black pigment ink for the text print and four color-based colors including black photos.They are available in standard and XL filling quantities. On the basis of the XL-Multipack, side prices of 3.6 cents for the black and 6 cents for the colored sheet- acceptable values ​​for a five-color system result. Compared to the previous models the color side is even a bit cheaper. This is rare. However, the combi printer also flushes its nozzles as often. This has not changed the manufacturer.

The power consumption is unobtrusive: if the device is connected to the USB port, it switches to 0.7 watts in sleep mode. In WLAN operation, we measure 1.2 watts. After a while of non-use the device switches off automatically and separates completely from the power supply.

Speed ​​- No Overpass, But Reliable

The measured values ​​in the test show that the more compact dimensions on the pressure unit itself have changed little. The Canon Pixma TS6051 does not perform its tasks excessively fast, but reliably. We measure 53 seconds for 10 pages of text and 2:21 minutes for ten-color PDF pages. However, the brake comes in duplex printing. Here we wait well 3 minutes on ten pages. The scanning unit provides 6 seconds for the preview and 15 seconds for an A4 color scan that corresponds to the device class.

Also in the output quality there are no surprises. Like its predecessor, the TS6051 delivers prints with somewhat harsh but convincing characters in the black cover. The colors put the multifunctional printer on the sheet brightly and with good details. The scans are slightly bright and slightly exaggerated in the red and blue areas. Overall, however, the image remains homogeneous. The scanning sharpness is also correct. However, too many details are lost in the color copies. So the Canon model represents the pastel colored areas only in grayscale. This is also not new, we had it already with the predecessor observed. 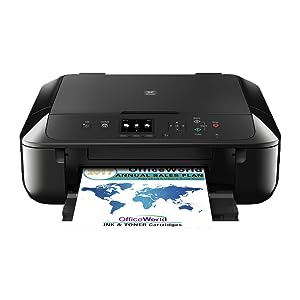 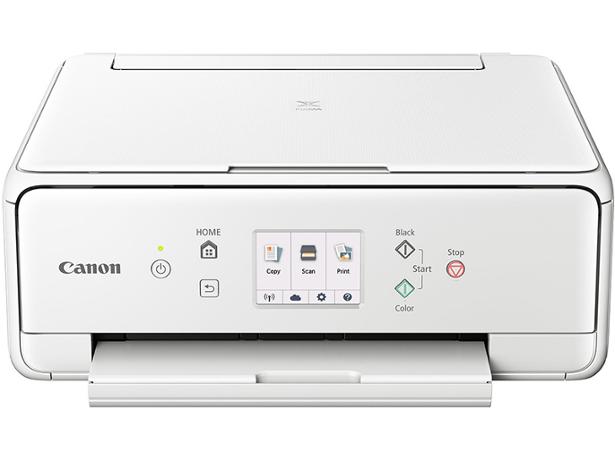 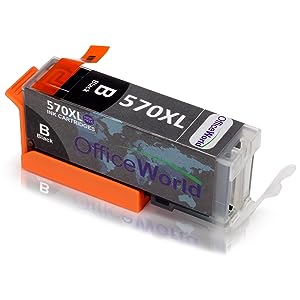 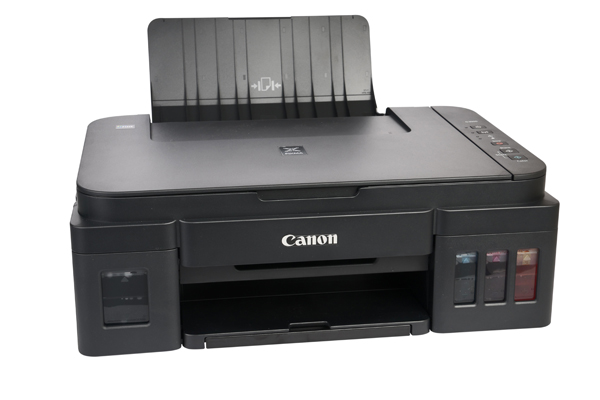 Canon Pixma MX435 Wireless All in One Printer Review 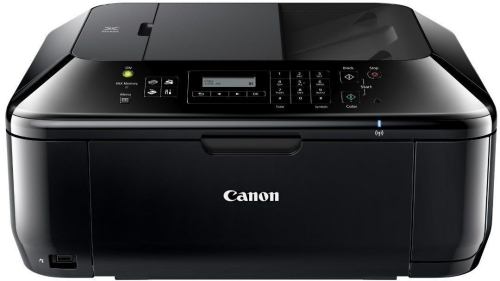