The proximity to the apartheid state of South Africa and to the apartheid – controlled neighboring countries Namibia and Rhodesia has long dominated Botswana’s foreign policy. Although Botswana expressed support for the liberation forces in Rhodesia in the 1970s, the dependence on the Rhodesian railway (which operated train traffic between Botswana and South Africa) indicated that the country could not impose UN -sanctioned sanctions on the Rhodesian regime. Despite this, during the apartheid era, Botswana was at the forefront of strengthening cooperation between the free states of southern Africa – above all through the regional cooperation organizationSouthern African Development Coordination Conference (SADCC – later Southern African Development Community, SADC), which has its headquarters in the Botswana capital Gaborone. 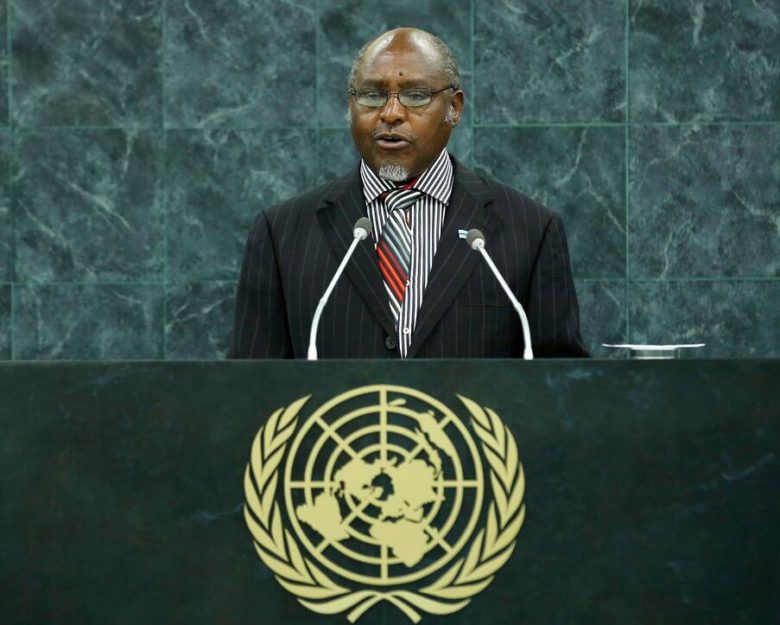 The strong economic dependence on South Africa did not prevent Botswana from taking a clear stand against the apartheid regime, and the country supported the ANC’s liberation movement in exile, including by accepting and granting asylum to South African refugees. However, it was not appropriate to allow the ANC to set up bases or have other military presence in the country. South African commando forces targeted several times in the 1980s against targets in Botswana territory under the pretext of striking the ANC, and in 1982 there was a fireacross the border between South African and Botswana forces. A South African attack on an alleged ANC base in 1985 claimed at least 15 lives. A new attack in 1988 took the lives of four South African refugees. After the political upheaval in South Africa, diplomatic relations were established between the two countries.

The military threat from South Africa led Botswana to build up its own defense force, and military spending doubled over a ten-year period. In 1991, construction of a new air base at Molepolole started, as well as two smaller ones in Chobe and Okavango. The relationship with Zimbabwe was at times conflicts in the 1980s because of. rebel activities in Zimbabwe’s Matabele provinces, and a subsequent, smaller refugee stream to Botswana. Also towards the end of the 1990s, political turmoil and economic downturn in Zimbabwe led to an influx of Botswana. When Botswana began construction of an electric fence along the Zimbabwe border in 2003, Zimbabwean teams were taken as a measure to prevent Zimbabweans from crossing the border, although Botswana emphasized the fence was a measure to protect the country’s vital cattle industry against the spread of foot-and-mouth disease. In 1992, a border dispute between Namibia and Botswana developed over a small, uninhabited island in the middle of the Chobe River, which forms a border between the two countries. In December 1999, the International Court of Justice in The Hague upheld the Botswana dispute, and the two countries decided to establish a joint technical commission to determine the border.

During the period 1998-1999, refugees from the Caprivi Strip in Namibia sought refuge in Botswana after Namibian government forces launched an offensive against the Caprivi Liberation Army rebel group. In Namibia, too, there was political opposition to Botswana erecting an electric border fence. Throughout the 1990s, Botswana became involved in several African conflicts, partly in a broker role, including in DR Congo, partly by sending troops to peace operations; first time to UNUMOZ UN force in Mozambique in 1993. 1998-1999 Botswana sent troops to Lesotho, together with South Africa to restore stability following a military uprising. In 1998, Zimbabwe’s former President Canaan Banana, sentenced to serving in his home country, sought refuge in Botswana. But in the growing political crisis in Zimbabwe in the 2000s, Botswana was accused of supporting the Zimbabwean opposition, but the country rejected claims that it supported building an armed opposition to the Zimbabwean government. President Khama emerged as one of the continent’s most outspoken critics of Zimbabwe President Robert Mugabe.

Botswana was for many years one of the key partners for Norwegian development aid, as the so-called main partner country as early as 1972. In view of the country’s economically relatively advantageous situation, cooperation at this level was discontinued in 1997. Botswana has always had a close relationship with the West, including to the US, and was one of the few African countries President George W. Bush visited during his Africa trip in 2003.