Benin is one of Africa’s smallest countries, and it is also considered among the countries in the world that have had the lowest economic growth in recent times. Nevertheless, Benin has a relatively rich literary life, taking into account the population. One of the main reasons for this is probably that Benin has been spared the civil wars that have affected many other African countries. The written literature is mainly in French, but there is also written literature in several of the a francanic languages ​​used in the country. 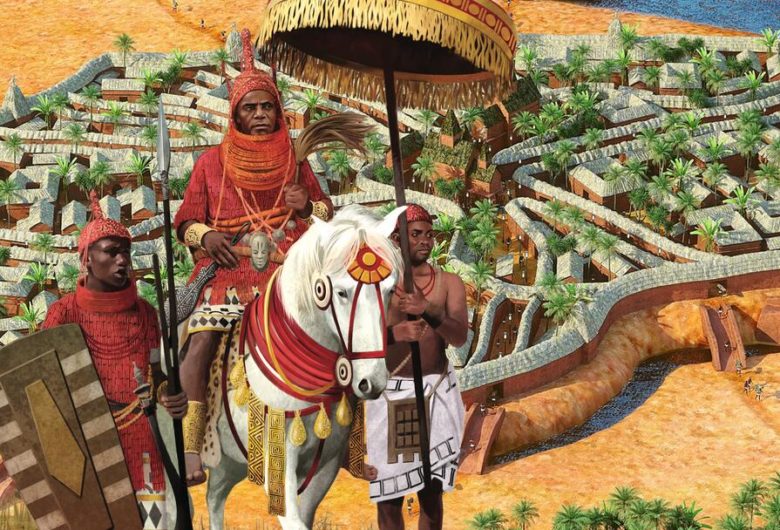 From oral to written literature

Like other African countries and territories, Benin has an oral literary tradition in African languages ​​that goes far back in time. The oral literature is often accounts of the country’s ancient kings and chieftains and their companies. The first examples of written literature from Benin were non- fiction texts that emerged in the second half of the 19th century. In particular, there are accounts of voyages of discovery and of economic and administrative conditions in the country. The literature of Benin began to develop towards the end of the 1920s. Already during the colonial period, the country was sometimes called “the Latin Quarter of Africa ” because of its relatively many writers and intellectuals.

Among books published before the Second World War it is natural to mention L’Esclave (1929, “The Slave”) by Félix Couchero (1900-1968) and Doguicimi (1938) by Paul Hazoumé (1890-1980). Hazoumé’s novel, which depicts a young woman’s struggle to decide on her own life, is considered among the classics of French-language African literature. Hazoumé is also known for its ethnographic depictions of the old Dahomey kingdom.

From colonial times to independence

Among the writers of the first decades after World War II, O lympe Bhêly-Quénum (born 1928) is one of the most prominent. His novels depict the transition from colonial times to modern Africa. Albert Tévoédjrè (born 1929) eventually became an important politician. In the late 1950s, he wrote two novels that encouraged the fight against European influence over Africa. Jean Pliya (1931−2015) was a strongly committed Catholic. He is best known for his acting.

Among the same-generation lyricists, Paulin Joachim (1931–2012) and Richard Dogbeh (1932–2003) are particularly prominent. Jerôme Carlos (born 1944) has made himself known both as a historian and as a journalist. As a fiction writer, he is best known for the short story collection Les enfants de Mandela (1988, “The Children of Mandela”).

It has sometimes been said that Benin’s literature has long been completely dominated by men, but from the 1980s female writers have become increasingly prevalent. In 1986, Gisèle Hountondji (born 1954) made her breakthrough with the novel Une citronelle dans la neige (“A joy of heart in the snow”), a sharp and illusory depiction of the prejudices a young dark-skinned woman encounters when she comes to Paris to study.

Adélaïde Fassinou (born 1955), who is particularly concerned about the situation of women and children in Benin, has published a number of novels and stories after the turn of the century. She has also chaired Benin’s UNESCO office. Colette Agossou Houeto (born 1939) is regarded as the first female lyricist in Benin, who made her breakthrough with the collection L’Aube sur le cactus (“Dawn over the cactus”) in 1981. The poems not least tell of her feminist ideals. As an educator and administrator, she has also worked to strengthen the position of women in Benin.

Among male writers who broke through in the 1980s and who have also left their mark after the turn of the millennium, especially Edgar Okiki Zinsou (born 1957) and Florent Couao – Zotti (born 1964) stand out. Zinsou has won several literary awards for his depictions of social and economic contradictions in modern Benin. He is best known for his novel Le discours d’un affamé (1988, “A Starving Man’s Speech”) and the short story collection La femme du mari inconnu (1988, “The Wife of the Missing Husband”). Okiki Zinsou has also written comedies and essays on developments in the country.

Couao-Zotti is considered among the younger writers from Benin who are best known outside the country. He has a relatively large production that includes novels, short stories and plays. He is critical of many aspects of the evolution of today’s Africa, and not least, he believes that modern African literature often presents a picture of the continent characterized by clichés. Couao-Zotti’s style is full of black humor. It has also been said that his books are reminiscent of the books of the French Renaissance writer François Rabelais, especially because he is fond of creating new words and expressions. Among his best-known books are Notre pain de chaque nuit (1998, “Our Nightly Bread”) describing criminal environments in the major cities of West Africa, and Les fantômes du Brésil (2006. “The Objects of Brazil”) depicting the traffic of 19th-century slaves between West Africa and South America.

In the period following the turn of the millennium, there has been a strong increase in books written by Benin authors. Literary critics are, however, sometimes uncertain whether the quality of the country’s new literature is always the same. One writer who has earned great acclaim is Sophie Adonon (born 1964). She is particularly known for psychological crime novels, and although she has lived in France for a long time, the protagonist of her novels is an African detective who only works in Africa.

Moudjib Djinadou (born 1965) is a lawyer and has worked for the UN High Commissioner for Refugees. He has also published several novels. One of them deals with the AIDS threat in Africa. Another of his books is a social satire in which the narrator thinks that Europeans are suddenly beginning to regard everything from Benin as one must at all costs emulate in Europe.

Daté – Atavito Barnabé Akayi (born 1978) has written both novels and plays, but is especially known for his short stories. His style has received impetus both from Marcel Proust and from the representatives of Le nouveau novel. A typical feature of his lyrics is that he likes to treat tragic and challenging themes with irony and distance. Okri Pascal Tossou’s novels (born 1974) are characterized by his feminist basic view. They contain intense criticism of the woman’s disdain he believes permeates the communities and culture of West Africa.

Eustache Prudencio (1922–2001) is Benin’s most famous educator. One of his main thoughts was that a developing country could not uncritically adopt educational principles adapted to European children, but had to create its own pedagogy based on the experience of the children in the country. He also wrote poems and short stories that are widely used in Benin teaching.

Benin has several prominent literary historians who have, among other things, published overviews of the country’s literature and the literature in Africa. Because literature plays such a large role in Benin, the country also has a publishing industry of some importance. Therefore, the authors have been given the opportunity to publish their books in their home country and not in France. Writers from other French-speaking countries in Africa also publish their books in Benin.