The first parade of lingerie and bath has come from the hand of Andres Sarda a Mercedes Benz Fashion Week Madrid. The firm has opted for the space-themed and the models have paraded in front of a large screen led with motifs of superheroes. A long collection divided into several collections with a modern touch with materials such as PVC or lights inside clothing and high heels.

As I said before we have presented a collection very modern, filled with PVC garments in multiple colors such as green, purple or yellow. The plastic It landed on the runway in trench coats, short jackets and miniskirts, a very innovative and somewhat risky proposal for next summer. The models wore some great hats of the same tights of bathing suits and bikinis.

Prints have also played a role in the collection, flowers Lilas of different sizes on the same drawings in black and white backgrounds. Bathing suits gain ground the trikinis and mini bikinis make it to bathing suits with high panties, which have also been, but to a much lesser extent.

Very spectacular was the part where the inspiration of the space has been more evident, the models paraded with perfect lingerie sets in shades of nude with accessories that made Remember planets and satellites. A fashion that they will have to adapt somehow to the clothes that are sold in stores not to lose that as interesting inspiration.

One of the tissues that me liked has been one metallic Lycra with a lighter tone between bronze and eggplant, a color that I am sure with some more commercial construction that will become a real blockbuster because it is a fabric that highlights much tanning. Jeffrey Campbell shoes were also very welcome, especially by her heels of lights. 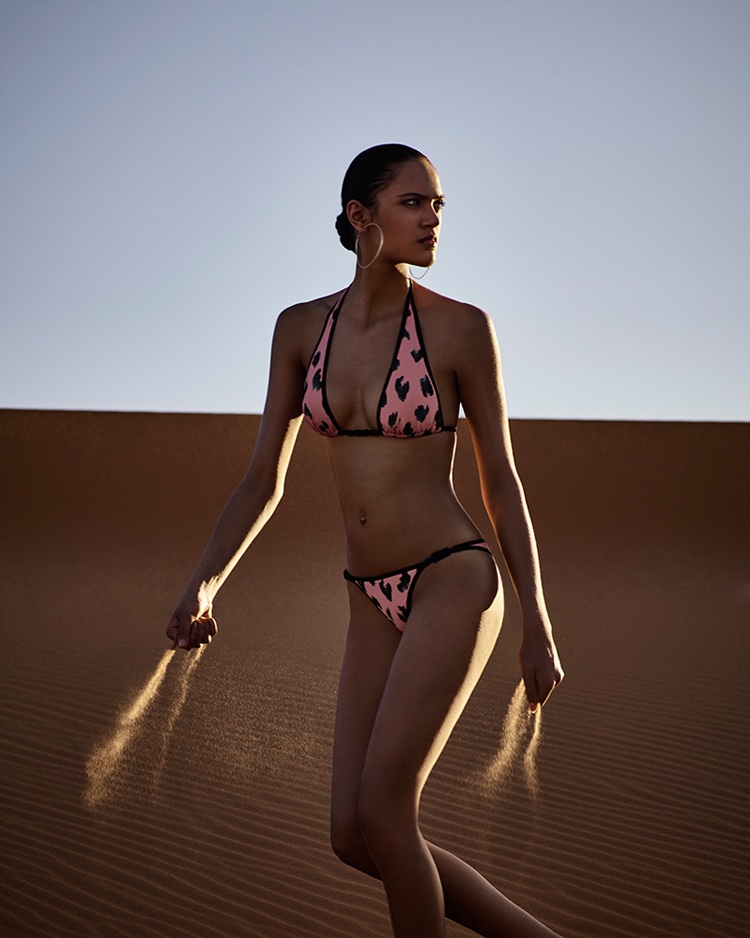